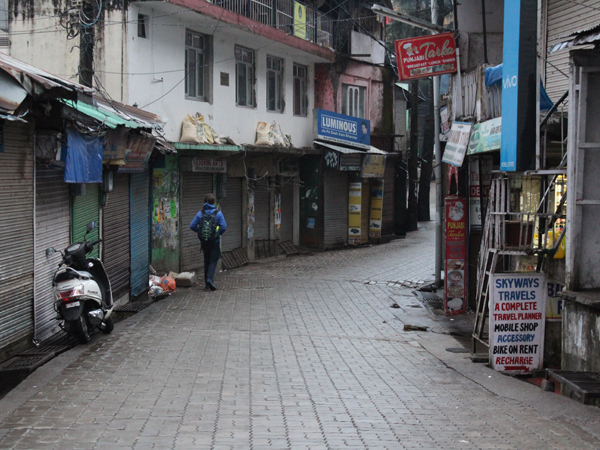 Known to be the gateway to Himachal Pradesh, Una is one of the prominent districts and a popular tourist destination, located on the banks of the Swan river in Himachal Pradesh. The place is situated at an average elevation of 369 m above sea level and makes for the lowest lying town in the state. The word 'Una' stands for 'Unaati' which signifies progress. The word 'una' literally translates to the word 'progress' in English. The district of Una was actually carved out of the Hoshiarpur district of Punjab in 1972. The town once was entertained as a state in the Jalandhar Doab and has been mentioned in the Ain-e-Akbari as well. Una, being close to the state of Punjab, is popularly revered for its distinctive Sikh-influenced culture which distinguishes it from the rest of the cities in Himachal Pradesh. With its various historical places and temples, Una is another famous tourist city in Himachal Pradesh and here's the list of the best places you must visit in Una.

How To Reach Una:

By Air: The nearest airport to Una is located at Dharamsala, Himachal Pradesh, and it goes by the name of Gaggal Airport, approximately located at a distance of 84 km away from the place. Frequent cab services are available from the airport.

By Rail: Una's railhead, the Una Himachal Railway Station is frequented by regular trains from all the major parts of the country.

By Road: Una is well connected to other major cities of India via regular buses. Regular buses are available from its bus terminus, the Una Bus Station, which is located in the heart of the town.

The best time to visit Una would be in the summer months of March till May, where the temperature is pleasantly moderate and not freezing, ranging from an average of 15°C to 30°C.

The Pong Dam makes for one of the most sought after attractions in Una, Himachal Pradesh. The dam is constructed across the river Beas and is elevated at a height of 450 m above the sea level. It is considered as the highest earthern dam in the country and sprawls across an area of 45,000 hectares of land. In the year 1986, the Government declared the site as a Wildlife Sanctuary for its rich natural reserve is inhabited by various numbers of different bird species and animal species like leopard, barking deer, sambar and wild boars. Also, the presence of thousands of birds, from a variety of breeds, flocking around in an array of bright shades, makes one magnificient sight to behold. An interesting activity to enjoy at the Pong Dam is picnicking with your near and dear ones against the azure blue sky and the striking milieu. The spot is also suitable for jungle-trekking.

The Kila Baba Bedi Ji is a historic mausoleum situated at the top of a mountain, which offers some great views of the environs. It is a famous tourist spot among the locals and the travellers alike. The Kila is constructed in the shape of a dome, a unique and interesting architectural style of the Indian and Afghani origin. The Kila Baba Bedi Ji is also known to be the ancestral place of the First Sikh Guru, Guru Nanak.

The Chintpurni Temple, or as the locals go by the name of the Chhinnamasta Devi Temple, is considered as one of the most important of the 51 Shakti Peethas in India. The temple is located on a ridge of the Solah Singhi Mountain Range, at an elevation of 950 m above the sea level and is sanctified to the Hindu Goddess Chintpurni Devi, also known as Bhagwati Chhinnamasta. Legend has it, that the forehead of the Goddess Sati has fallen at this place. The major crowd puller of the temple is the innermost sanctum, known as the 'garba griha', which consists of a statue of the Goddess Chintpurni Devi. The temple is constructed by using valuable marble stones where the main entrance is facing to the north, and at the entrance there are the idols of Hindu deities of Lord Ganesh and Hanuman, along with long brass bells hanging high. Some of the famous fairs celebrated at the temple are the Navaratra fair in the months of Ashad (July), Ashwin (October) and Chaitra (March-April).

Thaneek Pura is a hill station that is enveloped in by the shrines of Guga Jahar Peer, Mahiya Sidh and Radha-Krishna. It is located at an elevation of 950 m above sea level and lies at a distance of 3 km from the Chintpurni Devi temple. Thaneek Pura is famous for its old deep well, that has around 60 steps. The hill station is famous for its various temples and is frequented by a number of fairs which are attended by devotees and pilgrims from all over the world. Thaneek Pura is also famous for its various trekking trails that transverse through some of the most fascinating scenic places replete with nature and adventure.