Nativeplanet
»
Travel guide
»All You Want To Know About Thoothukudi, That Will Make It Straight To Your Wishlist

All You Want To Know About Thoothukudi, That Will Make It Straight To Your Wishlist 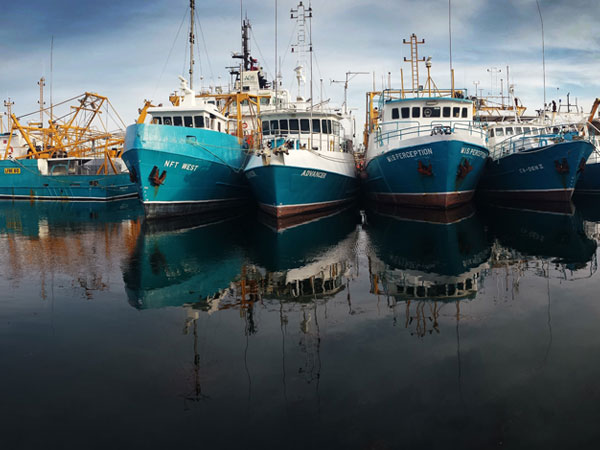 Thoothukudi, a beach lover's paradise, is located on the south-eastern coast of the state of Tamil Nadu. Also popular by the name of Tuticorin, the place is a famous port town and boasts of the rich culture and history of the state. Not just famous for its pearl fishing, the town is the very place which is home to one of the most important and oldest ports of the country. The town has been famous as a port town since aeons, as dating back to the pages of history, the Pandyas used it as a seaport and this very seaport also drew the attention of the Portuguese sailors from where they operated their trade with India.

This tourist destination is popular as a vacay spot for the beach bums. Laze around its pristine golden beaches and drift into a Utopian bliss as the sun goes down painting the horizon in shades and hues of reds and pinks. Thoothukudi is blessed with some mesmerizing beaches set against the backdrop of the spectacular environs of some picturesque panoramas and rich flora. This ideal beach getaway destination is home to many family friendly parks and other heritage monuments. Get intrigued by the plethora of sightseeing options in this place and read on to discover more about Thoothukudi.

The Hare Island is a major crowd-puller of the town. Soak in the beauty of nature and laze on its green stretches. The place is ideal for a day out with your near and dear ones. Set against the backdrop of a striking milieu, get lost in the vistas of this beautiful island, which lies by the Tuticorin port of the town. For its beautiful and serene environs, the island is a hotspot among the holiday seekers, tourists and the locals alike. Flanked by two lighthouses, in its 1.29 sq. km of area, soak in its beauty and walk along its shores to collect some sea shells along its coastline and get back home with some pretty souvenirs. The island constitutes a major part of the Gulf of Munnar Marine National Park, and its speciality is it is not connected by roadways.

Thoothukudi is well known for its revered pilgrimages and Sankara Rameswarar Temple is one such spiritual sanctum, which is crowded for its architectural as well as historical importance. The temple houses a holy kund or a pond, where the devotees take a dip before presenting their offerings to the deity. The Sankara Rameswarar Temple is dedicated to the Hindu deity Lord Shiva. The sanctum is one of the oldest architectural monuments standing in the town. It is considered as nearly 700 years old. Come, immerse and revel in this cultural and religious experience, which will feel like you have been put into a time capsule and have been transported back in time.

The town is popular for its recreational parks, and Roche Park is one of the very many of them. With long wide stretches of greenery and gorgeously planted flowers, the park is considered as one of the most entertaining parks of the town. With artfully crafted plantations and pavements, the park hosts several other things to catch your fancy. With refreshments and eatables available in the park, the place makes for a great place to hang out at and spend some quality time with your near and dear ones.

The Kazhugumalai, or as the locals call it, Kalugumalai, is another revered pilgrimage and is known for its wondrous Jain cave temples that date back to 8th Century A.D. Another prime attraction of the place is the Murugan Temple, otherwise called, Kazhugasalamurthy Temple. The architecture of the temples stands as the finest specimens of the Dravidian architectural excellence. As such architectural marvels, these sacred temples attract a lot of visitors and make for one of the most spiritual sites for the locals and devotees all over the world.

The winter months are considered as the ideal season to visit this place. In the months of and between December and March, the weather remains pleasant with a maximum and minimum temperature ranging from 20°C-32°C.

• How To Reach Thoothukudi

By Air: Thoothukudi does not have an airport but the nearest airport to the town is located just at a distance of 33 km away from the town. The Tuticorin Airport is well connected to all the major cities of the country. You can board a cab to reach the town from the airport.

By Rail: Thoothukudi has a railway station, the Thoothukudi Junction, located at its heart, so the most favourable way to reach this town would be by train. The station is well connected by regular and frequent trains, to all the major cities of India.