Patan: A Gorgeous Retreat In Gujarat 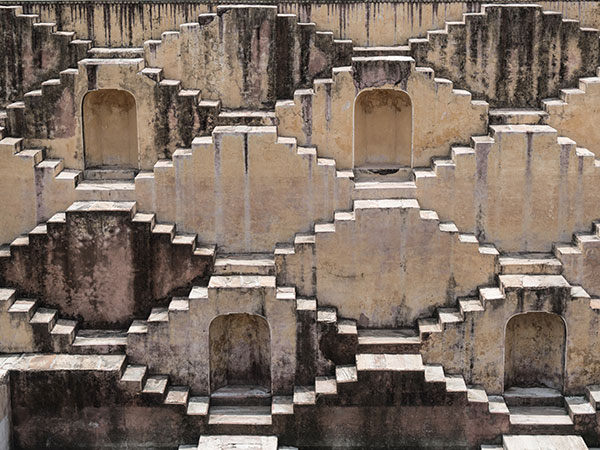 The fortified former capital of Gujarat, Patan is a town whose inception dates back to 745 AD. Built by the then king Vanraj Chavda, this antiquated historic town is famous for its exquisite historical edifices and natural splendour that flank the town. Sitting so close to Ahmedabad, Patan makes for a most sought after destination if you are looking for a quick and offbeat getaway. Celebrated for its exquisite antiquated architecture and pristine beauty, Patan has some of the very important tourist attractions which cater to both historical and adventure tourists, and here is a list of such.

How To Reach Patan:

By Air: The closest airport to reach Patan, is the Sardar Vallabhbhai Patel Airport located at Ahmedabad, which is about 120 km from this historical town.

By Rail: The Patan Railway Station is located at the centre of the town and is connected by trains from the various major routes of the country.

By Road: Patan is well connected to other major cities of India via regular buses. Regular buses are available from its bus terminus, the Patan Bus Junction, which is located in the heart of the town.

The best time to visit Patan would be in the winter months of September to February, where the temperature is pleasantly moderate, ranging from an average of 15°C to 25°C.

The Sahastralinga Talav, located in the north-western part of the town, is an artificially built tank on the banks of the Saraswati river. Built by the once great Chaulkyan ruler of Gujarat, Siddhraj Jaisingh, the water tank is now dry and has quite a few myths around it. Myths have it, that the Talav is cursed by a woman named Jasma Oden, who refused to marry Siddhraj Jaisingh. This pentagonal water tank could have contained near around 4,206,500 cubic meters of water and spans for an area of about 17 hectare. The tank is a tourist hotspot and is flanked by the ruins of myriad shrines sanctified to the Hindu mythological figure of Lord Shiva.

The Rani Ki Vav stepwell in Patan is touted as one of the most beautiful and intricately carved stepwells of the country. The stepwell is a marvellous specimen of the sheer brilliance of the craftsmanship and makes for a great example of subterranean architecture. Constructed by Rani Udaymati of the Solanki dynasty, the stepwell's walls are adorned by intricate and careful detailed sculptures of Lord Ganesh and other Hindu deities. The stepwell is an architectural masterpiece of religious ornamentations and intricate patterns carved brilliantly into its walls.

There are more than a hundred Jain temples that dot the town of Patan. Dating back to the Solanki era, one of the most significant of these temples is the Panchasara Parshvanath Jain Derasar, which stands as the epitome of finest craftsmanship with its architectural grandeur and brilliance. The entire temple is carved in stone and its pristine white marble floors only add more glory to its grandeur.

Dating back to somewhere around 1886 to 1890, the Khan Sarovar, is an artificially made water reservoir by Khan Mirza Aziz Kokah, the then governor of Gujarat. Built entirely out of stones from the ruins of several buildings and structures, this water tank sprawls for a huge area and measures of 1228 by 1273 ft. With stone steps and exceptional masonry on all four sides of the tank, the Khan Sarovar is separated by pillars of Hindu workmanship that prevent the water from rising above a certain height during the rainy season. 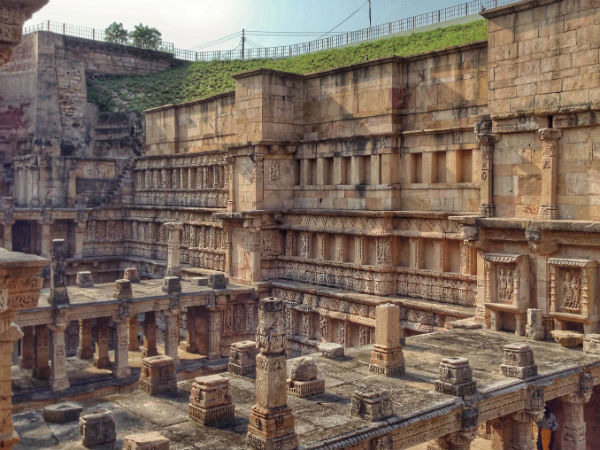