Travel to North India this April 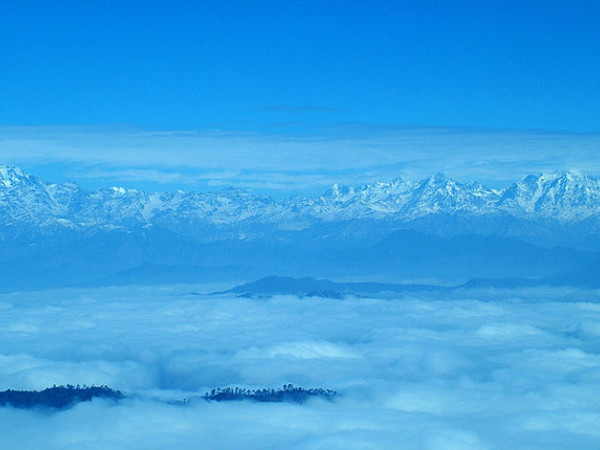 Wanting to head out on a vacation? There are many places in North India where you can relax and enjoy this April. Head to the beautiful state of Jammu and Kashmir which has many a places that would take your breath away or travel to Himachal Pradesh and be amazed by its history. Then there are places in Uttarkhand, Punjab and Haryana left to be explored as well.

All these places offer you some of the best getaways in the month of April. Here is a look at the places where you can head out and enjoy the beauty of nature, the richness of culture, traditions and heritage in North India this April.

Click Here to avail upto Rs. 6,000 OFF on Flight and Hotel Bookings.

One of the lesser known places in Haryana is the district of Karnal that has a few attractions for the tourists coming here. The district gets its name from the legendary warrior of the Mahabharat, Karna, who is said to have taken bath in a lake here. Though looked upon as a farming village with a few industries, the town of Karnal has its own set of attractions that is certain to amaze tourists.

The Sirsa district derives its name from its headquarters Sirsa. The district is believed to be one of the oldest places of North India. It finds mention in the Mahabharata, however at that time it was known as Sairishaka. The city and its surrounding areas is a haven of the rich historical and cultural heritage of the Ghaggar valley. You can also visit these excavation sites which were discovered by the Archaeological Survey of India.

Arki, located in the Sloan district of Himachal Pradesh, provides ample attractions for its tourists. Places like Arki Fort and Arki Palace are sites where you can go exploring these architectural wonders. Then again, it has many old temples that would leave you awestruck with its architectural brilliance. Mention should be made of Luturu Mahadev Temple, Durga Temple and Shakhni Mahadev Temple, which should be on any traveler's itinerary for this place.

Barog is a noted tourist spot located in the Solan District of Himachal Pradesh. Choor Chandni Peak is counted among one of the prime tourist attractions of the region. Some of the other prominent tourist spots in Barog are Dagshai, the Vishal Shiva Temple, Dolanji Bon Monastery and Renuka Lake. In addition to this, the Sholoni Devi Temple, Children's Park, and Jawahar Park are also frequented by tourists.

Avantipur is a prominent tourist destination in Jammu and Kashmir and is popular for its two ancient temples, namely Shiva-Avantishvara and Avantisvami-Vishnu. Both these temples were constructed by King Avantivarman during the 9th century. The Shiva-Avantishvara Temple is dedicated to the Hindu god Shiva, while the Avantisvami-Vishnu Temple is dedicated to Vishnu. The architectural styles adopted while constructing these temples resemble that of the Greeks. Travellers visiting this town can explore these ancient temples though much of it lies in ruins now.

This ancient city was founded by Raja Bhimsina in 2306 BC. The region was visited by the great Mughal emperor Akbar in 1508. Jahangir, in appreciation of the beauty of the place, decided to stay here while on his journey to the Kashmir Valley. Hieun T'Sang, the well known Chinese traveller, had also once visited the district of Baramulla. Baramulla is popular among tourists for its gurudwaras, temples, monasteries, and shrines.

Ludhiana, located on the banks of the Sutlej River, is the largest city in the Indian state of Punjab. This centrally located city of the state is segregated into New City and Old City. It was founded in 1480 and has been named after the Lodhi Dynasty. The city is home to a number of tourist attractions that keep visitors entertained for days. Some of the popular Ludhiana tourism attractions areGurudwara Manji Sahib, Guru Nanak Bhawan, Phillaur Fort,Maharaja Ranjit Singh War Museum,Guru Nanak Stadiumand Rakh Bagh Park, among others.

Almora, perched on a horse saddle shaped ridge, is a popular hill station of the Kumaon region. Travellers can enjoy the panoramic view of the snow-capped peaks of the mighty Himalayas from the hills of Almora. Tourists can enjoy the beautiful views of sunrise and sunset from the Bright End Corner. Simtola and Martola are ideal for picnickers. The Deer Park is also popular as it houses animals like deer, leopard, and the Himalayan black bears. Some other popular tourist attractions of the place include Gobind Ballabh Pant Public Museum and the Binsar Wildlife Sanctuary. Trekking and mountain biking are popular activities among visitors here.

Chamba is a beautiful hill station located in the Tehri Garhwal district of Uttarakhand. The destination is situated at a height of 1,524 mt above sea level and is popular among tourists for its natural surroundings and unpolluted beauty. The unexplored region of Chamba, surrounded by deodar and pine trees, is a dream destination for nature lovers. The hill station is known for its apple and apricot orchards as well as beautiful rhododendrons. Chamba serves as an ideal stopover destination for tourists heading towards the Tehri Dam.