To Mararikulam, A Fisherman's Village 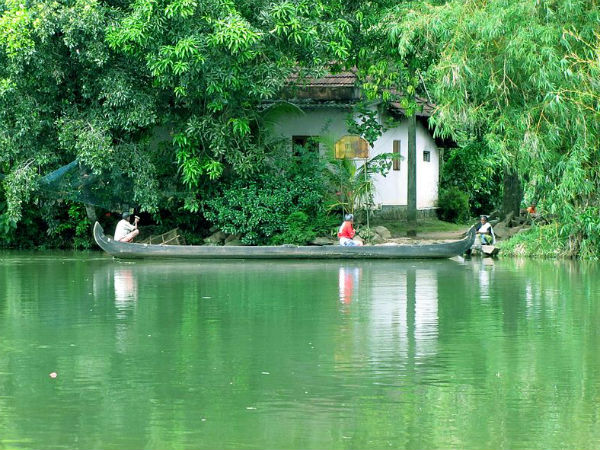 The less known and little explored small and sleepy fisherman's beach village of Mararikulam, is cradled in the district of Alappuzha. This little beach village is not far from Alleppey in Kerala, and is ideal for a laidback vacation. Spend languid days and laze around on the beach with sun-hazed locales in the backdrop. Mararikulum's deserted golden sandy beaches, azure blue waters with the swaying of coconut and palm trees in the fresh cool breeze, makes you appreciate the thrumming rhythm of slow life. The indolent pace of local life draws you in and you fall in love with the place before you know it!

Apart from beautiful serene beaches, Mararikulum has to its account a lot of specialties which are not much explored. So, let us explore the less explored.

Places To Explore In Mararikulam

The Kokkamangalam Apostle St. Thomas Pilgrim Centre, constructed by the Christian community is a famous pilgrim center in Mararikulum. The interiors of the church are adorned with the portrait of St. Thomas, which was brought by "Albhutha Mathai" from the Carmelite Monastery Mannanam in 1897.

In accords to Rampan Pattu, an ancient form of Christian folk-song, St. Thomas sailed to Kokkamangalam where he preached the gospel and converted around 1600 people into Christianity. The church has an ancient Relic of Apostle St. Thomas, which was brought from Ortona in Italy by Pope John Paul II in November 1999. Every Friday evening, a special Novena prayer is organized to venerate the Relic.

The Thumpolly Beach is a natural habitat for birds. Thumpoly, a coastal place, makes for a must-visit destination for those who have an undying love for the beach and the sun. Blessed with beautiful pristine sandy beaches, the Thumpolly beach is inhabited by the serene and natural environment scattered by many birds. You can also get a glimpse of the fishing villages on the beach side. Besides, Thumpolly is also famous for its canals, which make their way into the Arabian Sea.

Arthunkal paints a pretty picture as a picturesque coast in Kerala and is celebrated for its 16th-century Catholic churches and pilgrimage centres. With gorgeous blue skies, the fresh cool breeze, and the overwhelming tranquility with its archaic churches and architecture, the place makes a popular spot as a hamlet for the missionaries. The detailed old St. Andrew's Basilica Church with its intricate craftsmanship is one sight to behold.

Mararikulam is also famous for the Mararikulam Shiva Temple which stands as an epitome of architectural brilliance. The temple has the idols of the Hindu deities of Lord Shiva and Goddess Parvati, which is believed to be the only temple in Kerala where Lord Shiva and his consort Goddess Parvati is seen sitting face to face. The famous Mararikulam Mahadeva temple is the most important and ancient Shiva temple, and has its origin dating back to centuries. The temple, built by Villimanglam Swami is of immense religious importance, with its more than 700 years of historic significance.

Aroor, borrowed its name from the phrase "Arayarude Oor", which translates to the place for the fishermen. However, the name was later shortened to "Arayaroor" and by and by to the present form. The Aroor Puthuvaranad Temple, is one of the major attractions of the place, as the idol of the Goddess Kali, looks quite akin to the one in Dakshineswar, Kolkata.

The place is primarily known for its delectable seafood, shrines and bunch of historical, and cultural attractions. Besides, the Aroor Puthuvaranad Temple, the Aroor Karthyayani Temple, Aroor Cheruvally Temple, and Aaltharra Ganapathi are some of the other must-visit attractions. Apart from the temples, there are a good number of churches to visit like St. Augustine's Church, St. Joseph's Chapel, St. Antony's Chapel, and St. Mary's Church.

How To Reach Mararikulam

By Air: The closest airport to reach Mararikulam, is located at Kochi. From the airport, frequent cab services are available to reach the place.

By Rail: The nearest railheads are at Alleppey (16 km), Kottayam (42 km), and Cochin (55 km). These stations are well connected by trains from the nearby towns and cities. Mararikulam also has a local train station, which lies at the heart of the town.

By Road: Mararikulam is connected via roadways to Kochi. The national highway of NH 47 is located at the distance of near around 1 km from the Mararikulam village.

The weather at Mararikulam is warm and humid throughout the year. However, late December to March will be the best months to visit Mararikulam, when the weather is dry and sunny every day. During the summer months, the heat and humidity quickly builds, and summer temperatures reaches upto 36° C.