Nativeplanet
»
Travel guide
»The Unexplored Mahasamund, You Need To Add To Your Travel Bucket List

The Unexplored Mahasamund, You Need To Add To Your Travel Bucket List 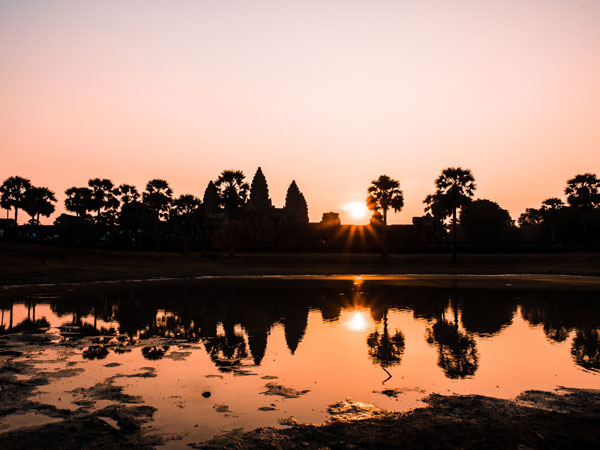 Mahasamund, once reigned by the Somavansiya Emperors, is home to some of the country's hidden and unexplored rich traditional art and culture. Located in the princely state of central India, Chhattisgarh, Mahasamund is studded with monuments of historical and architectural significance to breathtaking inexplicable natural beauty.

Touted as one of the most spiritual places in the country, Mahasamund is also home to a major tribal population as well. From the Halba, Dhanwar, Kamar, Kharai tribes to the Saharia, Sanwara, Kharwar, Bhujia tribes, Mahasamund is home to one and all. Do not miss to check out the interesting places that Mahasamund has to offer, and pack your bags to explore the yet to be explored place of Chattisgarh.

The winter months are the most agreeable time to visit this town. In the months of and between October and December, the weather remains pleasant with an average temperature ranging from 20°C to 25°C.

How To Reach Mahasamund

By Air: The closest airport to Mahasamund is the Raipur Airport, located at Raipur, which is at a distance of about 50 km from the town.

By Rail: Mahasamund's railhead is well connected with frequent train services from the town.

By Road: The bus terminus of Mahasamund is located at the heart of the town, and is well connected with all the nearby and major cities of the country.

The sacred Anand Prabhu Kudi Vihar is regarded as the chief Vihar among Buddha Vihars, here at Mahasamundh. Boasting of brilliant ancient architectural finesse, the sanctum has a lot of importance in Buddhist mythology. The place is also associated with Mahashiv Gupt Balarjun.

History has it, the place was constructed, by Bhikshu Anand Prabhu, who is known as one of the most beloved disciples of the great Lord Gautama Buddha.

The place boasts of aeons of heritage and architectural craftsmanship with artfully crafted idols and status adorning the halls with an idol of Buddha sitting in the middle. With beautifully carved stones and idols the shrine makes for one monumental marvel to look at.

Sweth Ganga is of immense religious significance. There is a perennial water spring, located at the heart of the temple which attracts a lot of visitors. The spring directly flows into the near-by Kund river. This spring of water constantly flows from the pit into the river.

A temple dedicated to Lord Shiva is situated close by and has quite a history for it is an archaic one. Situated in the village of Brahmini, at a distance of 10 km, Sweth Ganga makes for a major tourist attraction in the town of Mahasamund.

Mahasamund is home to several magnificent edifices dedicated to the Hindu deities, and one such is the Gandeshwar Temple. The sacred Gandeshwar temple makes for one of the most spiritual sites in Mahasamund.

Located on the banks of the Mahanadi river, this holy sanctum is nestled amidst the remnants of the ancient shrines and Viharas. This temple is devoted to the Hindu mythological deity of Lord Shiva.

What makes this temple so special, is the view of the majestic Buddha statues you get to see along with the very many intricate stone carvings which speak of the miraculous powers of Lord Shiva.

The temple is of great religious importance and offers some great views of the environs. It is a famous tourist spot among the locals and the visitors alike.

Godhara of Daldali, overlooking the inexplicable grandeur of the natural forests is replete with a rich diversity of flora and fauna. Located 10 km east of Mahasamund, Godhara of Daldali is considered one of the biggest tourist attractions of the place.

The place is of exquisite charm and beauty with the striking milieu of its natural environs. The water bodies that stretch through the place, are so serene and clean, that it is a treat to the sore eyes.

Flanked by the archaic temple, which is dedicated to the Hindu mythological figure of Lord Shiva, it is one of the very many specialities of the place that makes it a must visit.