7 Best Places to Visit in Sakleshpur 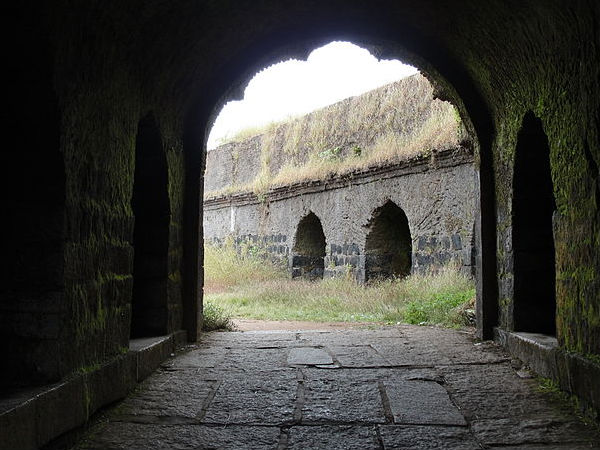 A place filled with beautiful hilly slopes with coffee and spice plantations invite you to Sakleshpur. The region is a town and a hill station which is a favourite of many tourists. The beauty of this hill station has even got the name 'Poor Man's Ooty'. There are a few places that you should visit in Sakleshpur and a weekend is enough to cover them.

Sakleshpur is located near National Highway (NH) 48 and is a part of the Malnad region in Hassan. The Western Ghats around keep the region cool and pleasant during summer. So, make a travel to this beautiful place and enjoy your tour.

Manjarabad Fort is a star-shaped fort which was built by Tipu Sultan (1785 - 1792). It is situated on a hill top and has a scenic view of the Western Ghats. Manjarabad Fort served an important role and helped in the defence against the British. The fort is one of the best places you should visit in Sakleshpur.

Bisle View Point or Bisle Ghat is a view point in Bisle village. This point provides a splendid view of three mountain ranges: Kumara Parvatha, Pushpagiri and Dodda Betta. Bisle View Point is a one of the scenic spots here.

Green Route Trek is usually done on the railway track starting from Sakleshpur to Kukke Subramanya. The route passes through beautiful forests, tunnels and waterfalls. The trains were suspended from 1996 to 2008. Now, some passanger trains go through this route. A walk in this route is one of the scenic attractions in Sakleshpur.

Jenukal Gudda/ Jenukallu Gudda is one of the small hills in Sakleshpur. It is known for trekking as the hill top provides amazing views of the surrounding mountain ranges. The hill is covered by the greenery and the picturesque landscapes will enchant you. A trek which you should really try.

Manjehalli Waterfalls is best to visit during the rainy season. Tourists can also get drenched in the waterfall during that time.

Betta Byraveshwara is an ancient temple which is located on a hill top. The temple is said to be 600 years old and a view of the valley from the temple is just amazing.

Raxidi Estate is a prominent coffee estate in Sakleshpur. The green slopes and the spice plantations keeps the place more pleasant. You can walk around the estate and have a memorable time.

Sakaleshwara Temple is an ancient Shiva temple. It is believed to be constructed by the Hoysala Dynasty as it follows Hoysala architecture. This elegant architecture is the prime attraction in Sakleshpur.

Get Deals on Hotel Stays At Sakleshpur

How To Reach Sakleshpur

Comments
Read more about: sakleshpur hassan karnataka
Other articles published on Mar 24, 2016
We use cookies to ensure that we give you the best experience on our website. This includes cookies from third party social media websites and ad networks. Such third party cookies may track your use on Nativeplanet sites for better rendering. Our partners use cookies to ensure we show you advertising that is relevant to you. If you continue without changing your settings, we'll assume that you are happy to receive all cookies on Nativeplanet website. However, you can change your cookie settings at any time. Learn more
Change Settings Continue