Best Places To Visit In Sikkim In February 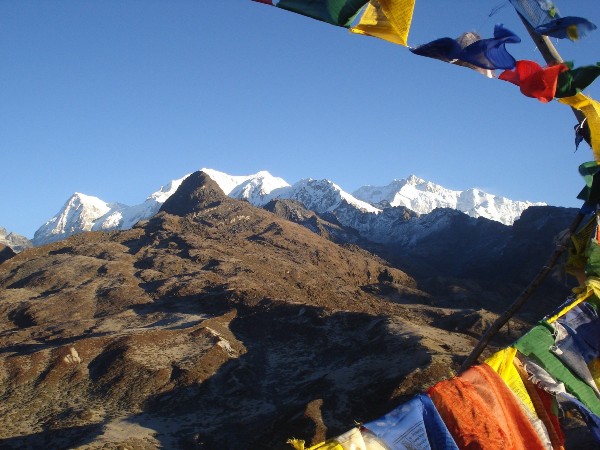 Here are a few best places to visit in Sikkim in February.

One of the most well-maintained parks in South Sikkim, Buddha Park is a most sought after winter attraction in Ravangla. Built-in the year 2006, Buddha park is a government venture to promote tourism in Sikkim. The main attraction in this park is the 130 ft high statue of the Lord Buddha, that was erected here to commemorate the 2550th birth anniversary of the Lord Gautam Buddha. This recreational park is also known as 'Tathagata Tsal,' among the locals. Since Ravnagla is home to a Buddhist circuit, this winter destination also has a great spiritual significance.

Tsomgo Lake is located on the way to Nathula Pass, about 40 Km away from Gangtok. At an altitude of approx 12,000 ft above the sea level, it is one of the most visited winter destinations in Sikkim. In the Bhutia (Sikkimese) language, the word 'Tsomgo' means the 'Source of the Lake'. The Lake is oval in shape, stretches about a km long with an average depth of 50 ft.

Located about 24 km away from Gangtok, Rumtek Monastery it is the most visited winter spot after Tsomgo Lake. It is an acting Buddhist headquarters in India. The 16th Karmapa, Gyalwa Karmapa built the monastery in the year 1960, who settled in Sikkim in the late fifties. Apart from the monastery, there is also Nalanda Institute of Buddhist Studies nearby.

Gurudongmar Lake is encircled by snow-clad mountains, is a serene lake and an important summer destination of North Sikkim. It is situated at an altitude of 5500 m and is at a distance of 173 km from the Sikkim's capital, Gangtok. You can witness the glittering view of the frozen lake during winter.

Situated at a distance of 2 km from Pelling, Pemayangtse monastery is a famous Buddhist monastery. It was built by Lama Lhatsum Chempo in 1705. Far-famed as the oldest monasteries in Sikkim, this three-storied building is a heavenly place circled by magnificent Himalayan ranges of snow-capped mountains. Besides the beautiful collection of Buddhist idols, sculptures, scriptures, carvings and paintings, there is also a very beautiful scenic garden well maintained by the monks in its vicinity. Pemayangtse Monastery is one of the best places to visit in Sikkim in winter.