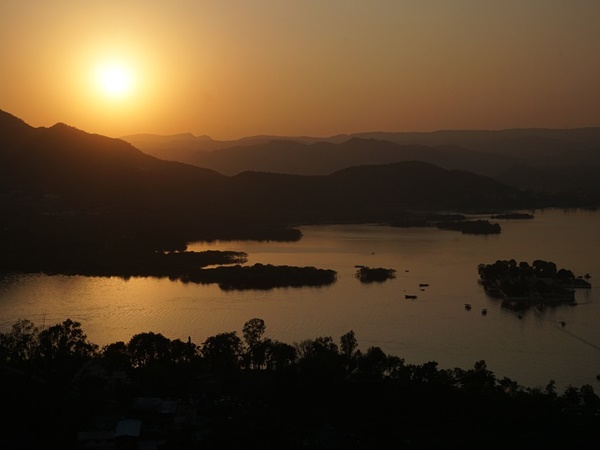 Monsoon season is here. Though most travelers do not count this as a good time to travel, certainly the magical rains offers every bit of elements for a pluviophile to fall in love with the season.

Known for receiving the highest amount of rainfall in all of Rajasthan state, Bundi is another best destination to hit in during monsoon season. When in Rajasthan one should visit the Taragarh fort, which is dressed is splendor and immersed in history. Bundi is also famous for the Hadoti Palace, the step wells, Nawal Sagar Lake, and beautifully carved havelis.

Formerly known as the Bharatpur Bird Sanctuary, the Keoladeo National Park is recognised as one of the world's most important bird breeding and feeding grounds. The park is home to over 370 species of birds and animals such as the basking python, painted storks, deer, nilgai and more. Noted Indian ornithologist and naturalist Salim Ali used his influence to garner government support to create Keoladeo National Park. It was also known as the breeding ground for the rare and elusive to spot Siberian crane. Keoladeo National Park offers well-defined treks which can be covered on either foot, or cycle or rickshaws. In fact, the park management has trained the rickshaw pullers in bird watching and they make for extremely knowledgeable guides.

Mount Abu, the only hill station in Rajasthan, is marked by an ambient climate throughout the year. With several lakes, gardens, hills and waterfalls and hence, it is also known as the Shimla of Rajasthan. Once you have stepped on the land of Mount Abu, you are certainly vulnerable to losing yourself amidst its greenery and evergreen beauty. Located in the Aravalli Range, Mount Abu is a must-visit destination for you if you have never been to a surreal location with beauty in diversity.

Narlai can be an exciting stop on your way further south. Old havelis, jeep safari for spotting deer, panthers, chital, leopards, and trekking are some of the major attractions for this time of the year.

The town of Pushkar has grown curling around the Pushkar Lake which is a holy site said to have legendarily appeared when a lotus was dropped by Lord Brahma upon the site. Pushkar city is known for its magnificent lakes, scenic vistas and the magnificent opportunities it offers for desert camping. It is one of the best destination to visit in Rajasthan during monsoon season.