Nativeplanet
»
Travel guide
»How About Stepping Into The Wondrous Margao, Goa?

How About Stepping Into The Wondrous Margao, Goa?

Let's discuss Madgaon or Margao: it is the commercial capital and cultural hotspot of Goa. It is said to be one of the ancient settlements in the city of Goa and also rests on the banks of the river Sal. Do you know what a Matha gram is? A land comprising nine monastic endowments of the Hindus. Margao was one too before the Portuguese invaded it.

We are happy to announce that the very first site of colonization in Margao was in the vicinity of the ancient temple of Shiva who had adopted the form of Lord Damodar. The temple was then broken down and a church was erected in that very place. The city took the concept of urbanization seriously because the villages and towns close by relied upon it and thus the current market came into being. Thus, the town also got its name from the fact that the locals call it 'Maud-gao' or simply the 'Market City Of Goa'.

How To Reach Margao

By Air: The closest airport has to be the Goa International Airport which is only 18 km away.

By Rail: The closest railway station has to be Goa which is some 16 km away. The train stations are namely Thivim, Karmali and Madgaon.

By Road: The motorcycle taxi is very commonly used by the people for travelling around the place. A few auto-rickshaws may also pop up for your support as well as the city buses make a good choice.

You shall enjoy the ambience of Margao, Goa the most in the months of October till April. December to March are the cool months when the temperature is around 32°C. The beaches shall attract you with their cool breeze.

You must have heard about the Carnival period in the month of February and up to the beginning of the month of March? It is a perfect time for tourists traversing to Margao. You can view pretty parades showcasing their talent on the streets as well as the people enjoy feasts and parties too.

When you peep across a span of 2.4 km and spot the Arabian Sea, you shall readily see the making of the Colva Beach. The sand is glistening white and powdery in nature and the entire shoreline is bedecked with coconut trees swaying in complete tuning with the winds. You name a thing and it is impossible that the Colva beach shall not have it. The accommodation which ensures a comfortable stay is also present in close proximity of the beach. Usually, you shall be mesmerized by the breathtakingly beautiful sunsets and, of course, the never-ending amalgamation of the Arabian Sea and the distant horizon to present numerous colourful shades flashing in the sky, where you would get a feeling of the meaning of the sky and water.

Heard about Abdul Javerbhai Mavany, the famous businessman? This park is named after him as he has contributed majorly in the development of the park as a tribute to his lost sons. The inauguration of the park took place by the last Governor General of Goa, Vassalo e Silva, in the year 1959.

For all the Hindus residing in Goa, Sri Damodar Temple is one of the most pious places of worship. The idol was previously located in an age-old temple at the very site which is now occupied by the Church Of Holy Spirit. The temple is of great religious importance and is located on the banks of the river Khushawati. It is blessed with the presence of magical healing powers. Did you know that Lord Damodar was just another of the reincarnations of Lord Shiva? The architecture of the temple structure is quite modernized but the idol still stands the same! Both the Hindu and Christian communities visit the temple.

Have you been to the port town of Vasco da Gama? This is a tiny beachside village at a distance of about 9 km. You shall see that it is located on a miniature bay with a twisting sandy beach but with an ample amount of eateries and places to relax and stay peacefully. It borders along almost 50% of Goa's coastline.

5) Our Lady Of Grace Church:

A church relating back to the military times, it is a stunningly modern building. It is located in the very centre of Margao with quite comfortable premises. The church stands out from the rest due to its uncommon 'crucifix' belonging to Jesus Christ, who had been revived. The idol of Christ is covered in a veil minus the crown full of thorns and his hands are open and facing the church premises. The church might not be as gigantic as numerous other churches in Goa, but the building is quite beautiful.

Let Margao be yet another reason for you to visit Goa! 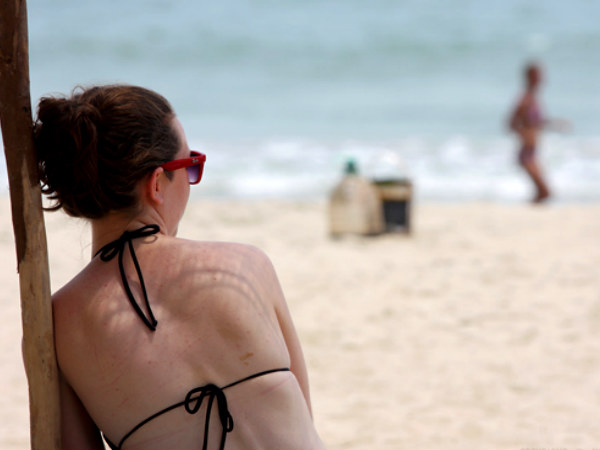 Comments
Read more about: margao goa beaches
Other articles published on Feb 27, 2019
We use cookies to ensure that we give you the best experience on our website. This includes cookies from third party social media websites and ad networks. Such third party cookies may track your use on Nativeplanet sites for better rendering. Our partners use cookies to ensure we show you advertising that is relevant to you. If you continue without changing your settings, we'll assume that you are happy to receive all cookies on Nativeplanet website. However, you can change your cookie settings at any time. Learn more
Change Settings Continue