Places In Beed That Make It Every Traveller's Dream 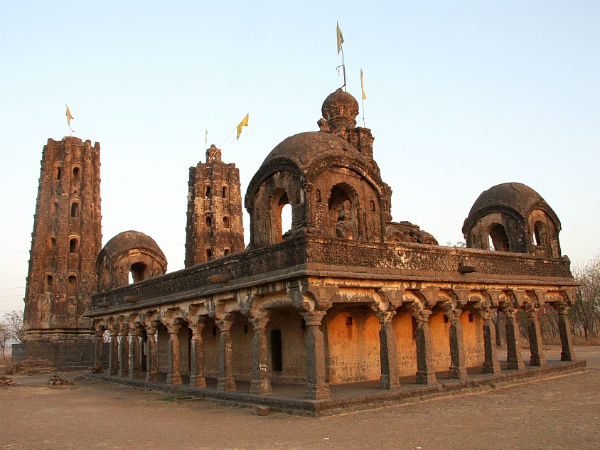 One of the least explored places in Maharashtra, Beed is a historic town lying on the banks of Bindusara river and has a history stretching back to the period of the Devagiri Yadavas during the late 12th century. Later on, it was controlled by the Nizams of Hyderabad until it became a part of the Maharashtra state. Therefore, it is home to numerous ancient sites and historical monuments. But the major thing which makes it a perfect destination for travellers lies in its natural beauty. Surrounded by the Balaghat Range and housing several natural sites, Beed is a beauty which deserves to be explored.

Beed is also related to the epic Ramayana as it is believed to be the place where wounded Jatayu died while fighting demon-king Ravana. Today, you can find a small Jatashankar Temple at his death place. So, don't you think Beed is a beautiful destination with temples, historical monuments and natural sites? Read on to know more about it.

Built in Hemadpanti architecture, Khandoba Temple is one of the most visited ancient sites in Beed. Located in the Eastern Hills, it was built by Mahadaji Scindia during the 18th century. However, as per other local legends, the temple is believed to have been established by the Nizams.

With two symmetrical towers measuring a height of about 70 feet and walls adorned with beautiful designs and patterns, Khandoba Temple is a must-visit site for every architecture enthusiasts and history lover. Even though it is lying in ruins, it still has in store a lot which can be scrutinised.

The presence of Bindusara river within the boundaries of Beed makes it a weekend destination for several nature lovers and photographers. It is a sub-tributary of river Godavari and originates in the Balaghat Range.

Wouldn't you love to sit beside this small relaxing river and gaze at its dazzling water as it provides you with the essence of calmness and composure? You can also capture the incredible beauty of the sunset and the sunrise in Beed here. The nearby Bindusara Dam also makes for a beautiful picnic spot.

Another spot that enhances the natural charm of Beed, Kapildhar Fall is located on the outskirts of the city and is a perfect place to soothe your mind, body and soul. If you are looking for a place in and around Beed where you can laze in a still and peaceful environment, you must consider visiting Kapildhar Fall. Falling from a height of about 50 feet down the rocky terrains, it forms a small pond at the base where one can bathe. However, during the summer season, the pond dries up.

Kankaleshwar Temple is one of the oldest temples in the city and is visited by hundreds of tourists every year. It is dedicated to Lord Shiva, and hence it is considered as a highly revered site amongst Hindus, especially Shaivites.

Built in the midst of a water tank, this beautiful temple not only provides its tourists with a divine atmosphere but also a serene and tranquil atmosphere. Apart from introspection and meditation, one can also photograph its charming surroundings. The architecture of the temple is also commendable.

As Beed was mostly under the control of the Muslim rulers in the past, it is home to several mosques and other religious sites today. Jama Masjid, built during the reign of the Mughal dynasty, is one of these prominent mosques in and around the city.

It is said to have been constructed by the Mughal King Jahangir in the early 17th century, and since then it has a significant religious site in Beed. It is visited by hundreds of locals and a few offbeat travellers every month. You must not miss visiting this age-old beauty while in Beed.

Shahinshah Wali Tomb is a small mausoleum dedicated to Shahinshah Wali, who was a Sufi saint during the period of Muhammad Bin Tughlaq in the 14th century. Even though the exact history of the tomb is still unknown, it is said to have been built during the Mughal dynasty in the 16th century.

Another tomb in Beed which is an important shrine amongst Muslims is Mansur Shah Tomb. Built out of marble, this tomb is dedicated to Mansur Shah, who was a spiritual guru of Mahadaji Scindia, a Maratha ruler of the 18th century.

Comments
Read more about: india travel tourism history maharashtra temples mosques monuments waterfalls hills
Other articles published on Sep 5, 2018
We use cookies to ensure that we give you the best experience on our website. This includes cookies from third party social media websites and ad networks. Such third party cookies may track your use on Nativeplanet sites for better rendering. Our partners use cookies to ensure we show you advertising that is relevant to you. If you continue without changing your settings, we'll assume that you are happy to receive all cookies on Nativeplanet website. However, you can change your cookie settings at any time. Learn more
Change Settings Continue