The Paragliding Spots of Himachal Pradesh 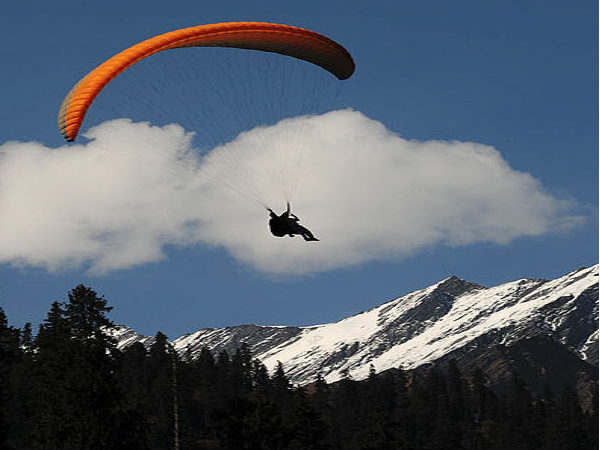 Both Beginners and experts can enjoy paragliding activity here. The towering mountains surrounded by lush valley and favourable climate make this place a favourable spot for paragliding. International events are organized every year in this beautiful valley and adventure enthusiasts from across the globe come to participate in the event.

For beginners, basic techniques like launching, turning and handling are taught by the expert instructors of the paragliding school. Though the sport is adventurous and raises ones adrenaline flow, it also involves certain element of risks and necessary safety precautions must be undertaken.

One should take off only when the weather is favourable for flying as weather condition changes quickly in the hills. Travellers should not try this sport if they are not physically sick or if they are under the influence of alcohol. This sport may prove fatal if these basic precautions are not taken before flying.

The main paragliding places in Himachal are Bir- Billing in Kangra Valley and Solang Nala in Manali. The paragliding site at Bir-Billing is considered as among the best in the world. It is one of Bir's biggest draws for adventure enthusiasts and thrill seekers. Billing is where paragliders take off, and Bir is a village where landing takes place. One can feel the beauty of nature high in the skies which gives a unique experience for both beginners and experts.

The best time for paragliding in Bir is from March to till early June and from September to till November. Himalayan Para Gliding Pre World Event is held in Bir and Billing annually during the month of November.

Solang Nala in Manali is also an important site for paragliding and is also considered as one of the biggest draws for adventure lovers and thrill seekers. The beautiful valley is 15 km away from Manali, and the best time for paragliding in this region is from May to September. One can take small paragliding flights under the guidance of expert.

So if you are an adventure enthusiasts and loves paragliding, then Manali and Bir are the two important destinations of Himachal Pradesh that are worth visiting.