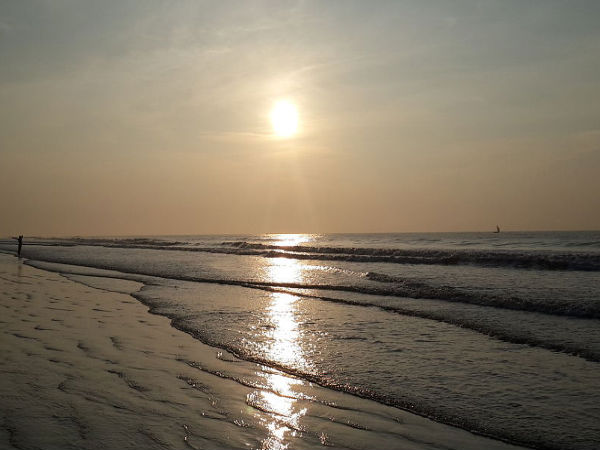 October in most parts of India brings a pleasant weather. This post-monsoon season makes the places look more beautiful. The last of monsoon showers in October keeps the places moist and green.

There are a number of tourist spots in North India which should be visited during this time. These October holiday destinations in North India are worth visiting for a breezy and cool climate.

Have a look at some of the places to visit in North India this October!

Darjeeling is known for its tea plantations and enchanting mountains.

Under the Eastern Himalayan ranges, it has some amazing views of Kanchenjunga and other snow-clad mountains.

Darjeeling is a favourite among tourists and is crowded in almost all seasons.

However, during October, the hill station has a good climate and one can enjoy more during this month.

Pachmarhi is a hill station and is known as the 'Queen of Satpura' (Satpura ki Rani). This beautiful place is known for tourism in Madhya Pradesh and it has many places.

A legend is that, the caves in Pachmarhi were built by Pandavas of Mahabharatha epic. These caves today are a major tourist spots in the hill station.

Aurangabad is known as the 'Tourism Capital of Maharashtra', it has many places to visit. October month has a pleasant climate which encourages tourism in the city.

The city named after Emperor Aurangzeb is full of monuments and gateways; that gives the name 'The City of Gates'.

Even the famous Ajanta and Ellora caves are situated here in this city. Many historical places and a World Heritage Site, makes it one of the best October holiday destinations in North India.

Digha is coastal city in East Midnapur, West Bengal. It is actually a seaside resort which is known for its attractions.

Digha Beach, Shiva Temple in Chandaneshwar, the Marine Aquarium and Research Centre (MARC) and Shankarpur Beach are some of the tourist places in Digha.

Right after the monsoons, October is one of the best months to visit Digha.

Rishikesh which is popular as a Hindu pilgrimage town in India, is also known for adventure activities.

It is also the starting point for pilgrimage places of Badrinath, Kedarnath, Gangotri and Yamunotri. These are the mountain ranges of Gharwal Himalayas and hence a favourite among travellers as well.

Visit Rishikesh in October and enjoy the climate in the pilgrimage town.

Ganapatipule in the Konkan coast of Maharashtra is a famous tourist spot in North India.

Local folklore says, Lord Ganapati upon getting angry by a remark of a lady, moved to Pule. That's why the name 'Ganapatipule'. There is also a 400 year old Ganesha temple in the region.

Ratnagiri, Jaigad Fort, Pawas and Velneshwar are the places to visit around Ganapatipule.