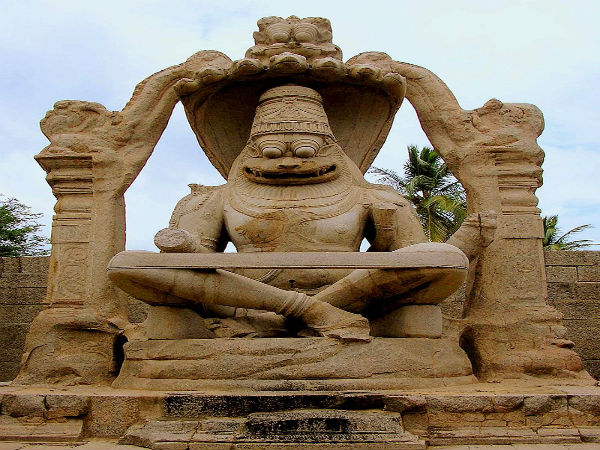 Karnataka has seen various significant events during colonial times. It co-existed with external cultures and mended well with them over time to finally become the state we know today. Moreover, umpteen number of historical monuments in Karnataka make it a paradise for history buffs.

A large number of forts, temples, paintings, monuments, and cultural events showcases the vibrant history that Karnataka has to offer. Visiting this place and knowing its past events is every historian's dream. And to assist you with the same, we bring you the ten most famous historical places and sites to visit in Karnataka in January 2021.

Located in the heart of Mysore facing the eastward face of Chamundi Hills rests the royal Mysore Palace. It is Wadiyar dynasty's official residency and one of the most famous historical monuments in Karnataka having being visited by over 8 million travellers annually.

Bidar Fort is one of the historical landmarks in Karnataka that hold authentic architectural brilliance of the early South Indian dynasty. The fort is now considered one of the formidable ones in India. Bidar Fort's true origin is lost; however, it is said that the massive fortress has had a vibrant history and has observed the ascent and fall of several dynasties including the Kakatiyas, Chalukyas, Satvahanas, and Yadavas followed by the Mughals and Nizams.

The cave temples in Badami is intricate, yet it is magnificent for sightseers. It features 4 Hindu cave temples, and it is considered to be an ideal case of Indian rock-cut architecture (Badami Chalukya architecture) that dates back to the 7th century. All the four cave temples feature different themes and Hindu deities sculptures for the vacationists to explore.

Pattadakal, the ''City of the Crown Rubies'' is not just one of the famous historical places in Karnataka but also a world heritage site for witnessing the renowned Chalukya monuments. It is a village on the banks of river Malaprabha. The venue features ten temples, each one displaying

Melukote is a sacred place in the Mandya district of Karnataka. Nestled on the rocky Yadugiri Hills, Melukote features the Cheluvanarayana Swamy Temple. The town is home to various ponds and shrines. It also flaunts the Academy of Sanskrit Research which features a collection of over thousands of Sanskrit and Vedic manuscripts.

Popularly known as the Agra of the South, Bijapur is one of the most famous historical places in Karnataka. The Bijapur Fort majestically stands in the Bijapur city of Karnataka. It was built in 1566 during Yusuf Adil Shah's reign. It is spread in a vast expanse and is enclosed within a 50 feet large moat.

A small town with enchanting temples, Belavadi is situated in Chikmagalur in Karnataka. All the temples in the vicinity of Belavadi are constructed in Hoysala architecture and have labyrinthine carvings. The most famous structure is the Veernarayana temple dedicated to
Lord Vishnu. An interesting fact about the temple is that every year, 23rd March is the date when the rays of the sun directly enter into the sanctum of the temple.