Most Epic Facts About Mauritius 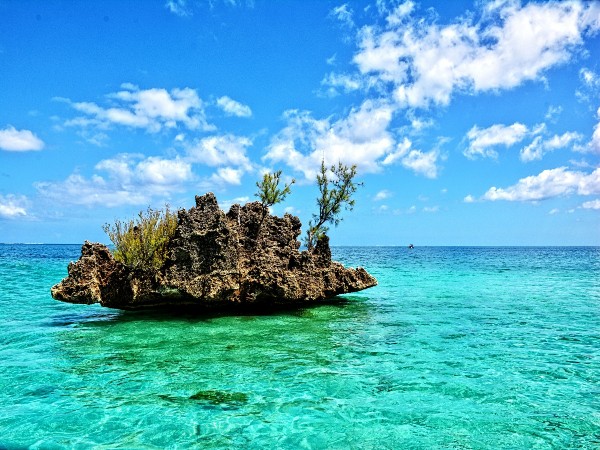 Mauritius has a reputation for being a paradise. The mesmerizing island nation of amazing Mauritius is situated in the Indian Ocean. It is well recognised for its stunning beaches, verdant jungles, and diverse cultures. The island is also a popular destination for travelers looking to get away from it all.

Here are some of the most epic facts about Mauritius:

The islands of Rodrigues, Agalega, and St. Brandon are a part of the Republic of Mauritius and two further disputed areas in addition to Mauritius, which is the island that most people are familiar with. A ring of mountain ranges created by volcanoes, waterfalls, forests, and rivers also encircles the island.

The island's original name, Dina Arobi, dates back to when Arab sailors first discovered it in 975. A few decades later, in tribute to Prince Maurice Van Nassau, stadtholder of the Dutch Republic, the Dutch Squadron arriving at Grand Port in 1598 gave it the name Mauritius.

3) The surrounding is astonishing:

The third-largest coral reef in the world, Mauritius is nearly totally encircled by lagoons that are protected by coral reefs. This aids in preventing shark and jellyfish assaults on the nation's 93 miles (150 km) of white sandy beaches. Obviously, it's one of the most well-liked locations in the world for diving and snorkeling.

Due to the significant Indian population on the island, a sizable portion of Mauritians speak Bhojpuri as a native tongue. Due to the rising popularity of Bhojpuri bands like The Bhojpuri Boys, Bhojpuri music is becoming more and more popular in Mauritius.

The dodo bird is the national bird of Mauritius and is depicted on the nation's coat of arms. This indigenous Mauritius bird that could not fly has been extinct since 1681. Before the introduction of humans, the island was free of predators, and dodos were never able to fly. They probably subsisted on fruit that fell to the ground. Due to the fact that the dodo was an accessible target for the settlers' hunger, these birds were extinct within 80 years of their arrival.

Only Mauritius is an African country where Hinduism is the predominant religion. Hindus make up 49% of the population, Roman Catholics 26%, other Christians 6%, Muslims 17%, and others 1.5%. In Mauritius, you can witness a lot of Hindu temples.

Mauritius was one of just four nations in the world in 2017 that has no involvement in an ongoing war, either domestically or abroad, and no hostilities with its neighbors. Uruguay, Chile, and Botswana were the other countries.