Most Beautiful Flyovers in India 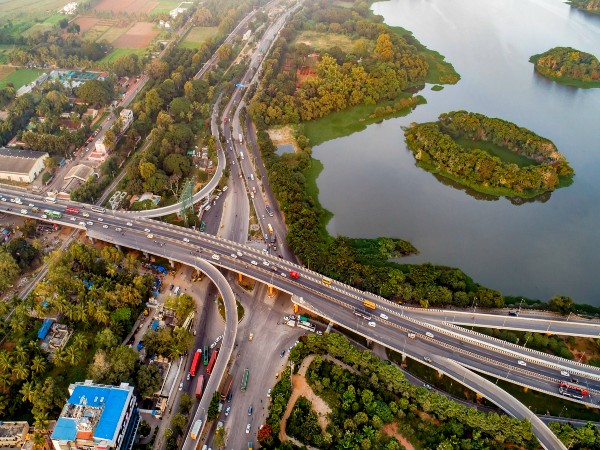 Flyovers are the most beautiful part of any city. They are elevated roads that connect two or more roads, and they are usually built to relieve traffic congestion. The flyover in India has become a symbol of transforming a city into a modern metropolis. The flyover is one of the most important parts of an urban transportation system.

Below are the Most Beautiful Flyovers in India:

One of the biggest cloverleaf interchanges in Asia is the Kathipara Flyover, which is located in Chennai in southern India. Four separate routes, including the Grand Southern Trunk Road and National Highway 45, are made easier to navigate. Another significant cloverleaf intersection where the National Highway 4 and Chennai Bypass meet was erected in 2010, again in Chennai, at Maduravoyal. It is designed in such a way that it makes them look beautiful at night as well as during day time.

The "Garden City of India" has one of India's largest flyovers. The largest flyover in all of India is the one in the electronic city. Along with the construction of a grade separator and an underpass, a 1.19 km long extra loop for the Hebbal flyover is being built in order to reduce traffic. It is a symbol of progress, modernity and wealth.

In West Bengal, India, the towns of Kolkata and Howrah are connected by the toll bridge known as Vidyasagar Setu, often referred to as the Second Hooghly Bridge. The first & longest cable-stayed bridge in India, Vidyasagar Setu was built in 1992 and has a total length of 823 metres. With a total length of 823 metres, Vidyasagar Setu is one of the longest cable-stayed bridges in Asia and the longest in India (2,700 ft). It was the second bridge constructed over the Hooghly River; the first was the Howrah Bridge (also called Rabindra Setu), which was finished in 1943 and is located 3.7 kilometres (2.3 mi) to the north.

On NH 2, this 4.4 km flyover connects Faridabad with the capital city. The stunning Badarpur Flyover was constructed to address the traffic issues in the Badarpur border area. Other well-known flyovers in the city include the AIIMS Flyover, the Dhaula Kuan Flyover, and the Anandmoyee Flyover.