Top 6 Places To Visit In India To Observe Maha Shivratri! 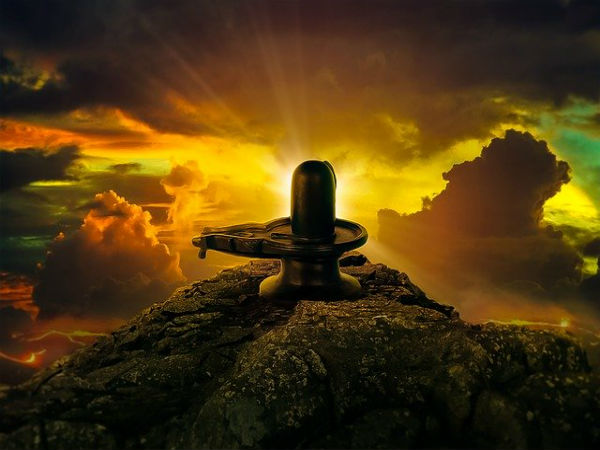 Maha Shivratri is one of the most revered and important festivals in India, notably for the adherents of Lord Shiva who celebrate this religious festival with great joy and zeal. Notably known as 'Shivratri' or 'Great Night of Lord Shiva,' Maha Shivratri is observed on the 13th night or 14th day in a dark lunar fortnight or the Krishna Paksha every year in the month of Phalguna (corresponds with February/March in the Hindu calendar).

Moreover, in India, where the larger part of the population is Hindu, temples play an active role in people's lives. And many Shiva temples, scattered across India, get millions of visitors during Maha Shivratri due to its historical and cultural confluence. These Shiva shrines hold a very venerated spot in the hearts of the Mahadev's devotees. However, there are a few popular Shiva Temples that attract hoards of pilgrims during Maha Shivratri.

Here are the six best places to observe Maha Shivratri in India.

PC: Harvinder Chandigarh
Far-famed as "Chhoti Kashi", Mandi is a holy hamlet located in the Eastern Himalayas.Although Maha Shivratri is celebrated all across India, Mandi is one of the oldest places to commemorate Maha Shivratri! It is believed, the festival in Mandi began in 1526, at the establishment of Mandi, during the reign of Ajbar Sen (1499-1534).

Living up to its legacy, to this day, nearly 200 idols of deities are carried from hundreds of other temples to Bhoothnath temple (most visited Shiva temple in Mandi) for the seven-day Mahashivaratri festival; attracting tens of thousands of Hindu devotees from in and around Himachal Pradesh.

PC: Jeeheon Cho
Feast of Maha Shivratri in Varanasi's Vishwanath temple is unrivalled across India with its pompous celebrations and joyful mood. Hindu adherents from all across the country and foreign tourists from around the world alike experience a magnetic pull and frequent the city during Maha Shivratri.

Mahashivratri is considered to be the union of Lord Shiva and Parvati according to legends hence, trained performers play the role of Lord Shiva and Goddess Parvati and parade around the city, giving their blessings to the people. The ritual starts fresh in the morning and concludes at the Tilbhandeshwar temple. Moreover, devotees consume marijuana (bhang) and dance in the parade as a religious ritual.

PC: Coupdoeil
If you are traversing North India, Haridwar and Rishikesh are ideal places to be at for Maha Shivratri festivities. Far-famed as the land of yogis, Haridwar is home to many ghats and temples. Devotees; millions in numbers, meet up ahead of Mahashivratri at Haridwar and take a plunge in the holy Ganga. It is thought to wash away their wrongdoings or sins; followed by the grandaartiand thanksgiving.

Known for their Shiva temples, Srikalahasti and Srisailam attract tens of thousands of Hindu devotees from across India to celebrate Mahashivratri. These popular Shiva temples, observe long lines of devotees for theAarti andpooja ritual. Also, devotees offer prayers, chant mantras and partake in fasting in honour of Lord Shiva to mark the auspicious festival.

PC: Prabhavsharma8
Ujjain, also known as the city of Lord Shiva, follow Shivratri rituals that are unique and interesting. The famous Jyotirlinga Mahakal temple is lit up with the Shivnavratri festival. Thousands of devotees visit the Jyotirlinga Mahakal Temple to offer prayers and chant mantras all through the night. Maha Shivratri is celebrated with much pomp and grandeur, with a 10-day-long fair that observes the participation of people from all walks of life from across the country. Besides the rituals, Ujjain flares up with traditional fare and shopping stalls.

PC: Puja Rakshit
Located in the temple city of India, Bhubaneswar, Lingaraj temple is said to be home to the tallest among all the Shivlingas worshipped in India. Many devotees, gather at the Lingaraj Temple on Maha Shivaratri day; partake in fasting and break their day-long fast after observing the raising of ‘Mahadipa' atop the temple in the evening. And during Maha Shivaratri, the temple is beautifully adorned and ‘Bhajan Samarohs' are held after daybreak. Also, adherents fetch holy water from the divine rivers and walk all the way down to the Lingaraj Temple with barefoot and offer it to the Shivalinga!