Malana: The Hidden Oldest Republic In The World 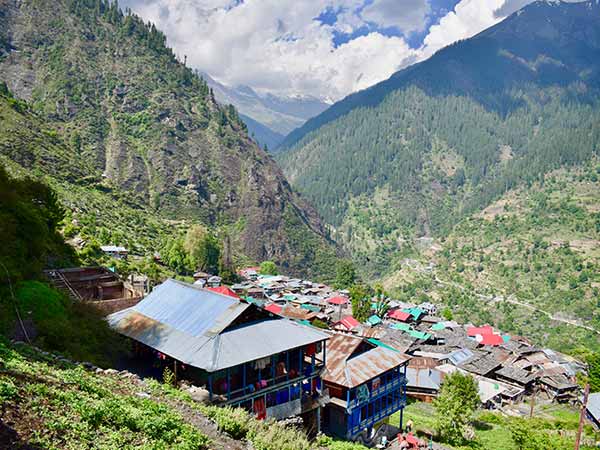 If there is one country in the world that not only brought a huge breakthrough on how the world functioned but initiated the change all over, that would definitely be India. India has given the world, medicine (Ayurveda), the number zero and many other great discoveries and innovations, including democracy.

When we talk about kings, queens, tales and fables; India is one country that always comes on the home page. But what most people don't know is that democracy, apparently, began from a tiny village named Malana in Himachal Pradesh of India.

Ever heard of it? If no, then here is your chance to know everything about it. Read on and get to know the legend of Malana.

The villagers of Malana believe that ages ago a great sage named Jamlu Rishi inhabited this place and made its principles. The locals claim it to be one of the oldest democracies in the world, which had a well-planned and organised parliamentary system that was guided by their deity, Jamlu Rishi, who maintained peace within the village. They also believe that they have pure Aryan genes and are successors of Alexander The Great's soldiers.

Jamlu Rishi is quite a remarkable person in history and there are many different theories of who he might be or during which era he was worshipped. According to Hindu scripture, Puranas, Jamlu Rishi is identified as a sage.

However, it is believed that Jamlu Rishi has been worshipped even during the pre-Aryan time. An English travel writer, Penelope Chetwode, recounts a tale about an orthodox Brahmin priest, who visited Malana and tried to educate the locals about the pedigree of their god, and what subsequently befell the hapless priest.

Where Exactly Is Malana

Malana is quite isolated from rest of the world, embedded within the lap of Mother Nature in Himachal Pradesh, shadowed by the peaks of Chanderkhani and Deo Tibba. It is in the northeast of Kullu Valley. Located at the height of 2,652 metres above sea level, Malana is situated on a lush plateau by the side of the torrential Malana river.

The village of Malana is guided by its own lifestyle and social structure with strict customs and tradition. The residents of Malana speak Kanashi, which seems to be a mixture of Sanskrit and several Tibetan dialects. Although Malana was traditionally based on making baskets, ropes and slippers from hemp, for centuries Malana has been cultivating Marijuana as a legal cash crop.

In spite of tourism as a major source of income, tourists are not allowed to stay in Malana after the nightfall. All hotels or guest houses have been closed ever since the ban on tourists staying there at night. However, you can visit Malana during the daytime.

Apart from enjoying the scenic beauty and flourishing landscapes, one can also visit the ancient temples of Malana, such as Jamlu Temple and Rukmini Temple, however, visitors are not allowed to touch anything related with temples. Tourists here always get enthralled by the lifestyle of the villagers existing in the splendid valleys and towering mountains.

Also famous for Malana cream, a product made out of plants grown in Parvati Valley, this wonderful village is definitely an ideal destination for tourists looking forward to exploring the best of nature and rural life.

How To Reach Malana

Kasol is located at an approximate distance of 35 km from Kullu-Manali Airport. Catch a bus from the airport and you will reach Kasol within 1 hr. Upon reaching Kasol, you can book a cab directly to Malana or to Jari and then to Malana. So, overall it will be a 2 hr journey from the airport to Malana.

Although Malana has favourable climate throughout the year, the best time to visit the village is from October until the end of June, if you are keen to explore most of it and not get uncomfortable at any point during your visit.

Comments
Read more about: travel india valleys vacation himachal pradesh malana
Other articles published on Jan 16, 2018
We use cookies to ensure that we give you the best experience on our website. This includes cookies from third party social media websites and ad networks. Such third party cookies may track your use on Nativeplanet sites for better rendering. Our partners use cookies to ensure we show you advertising that is relevant to you. If you continue without changing your settings, we'll assume that you are happy to receive all cookies on Nativeplanet website. However, you can change your cookie settings at any time. Learn more
Change Settings Continue