Nativeplanet
»
Travel guide
»A Step in the Olden Times: Mahakali Caves in Mumbai

A Step in the Olden Times: Mahakali Caves in Mumbai 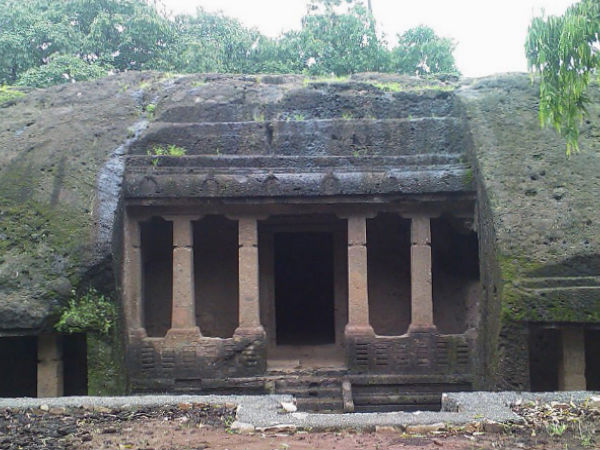 We tend to lose ourselves in the busy work schedules. Hence, it is necessary to charge up things by trying new things. It becomes difficult to get out of the city due to time constraints and seems like weekends pass in a second.

So, it is always good to explore your city to find some interesting place. Well, beaches provide a different edge for those who live in Mumbai. However, there are much more things in this beautiful city that are to be explored.Mahakali Caves is one of the two caves situated in Mumbai. And it is 2000 years old!

Yes, the Mahakali Caves are ancient Buddhist caves located right in Andheri East. A day's trip to these ancient rock-cut structures is sure to make your day. The solid black basalt rock structures take us back in time.

The Mahakali Caves was earlier known as Kondivite Caves. It served as a Buddhist monastery and also as a home to Buddhist monks. Though this cave complex is not as big as the famous Ajanta and Ellora Caves, they have their special features.

Carvings from Buddhist mythologies can be found inside the caves. There are prayer halls and cells where the monks lived. The Mahakali Caves is a group of 19 rock-cut cave structures which is said be built during 1C BCE to 6 C BCE.

Some records and inscriptions indicate to the patronage of several dynasties that ruled this region. The largest cave here is the Cave No. 9 which has the depictions of Lord Buddha and other legends related to Buddha's life.

It is nothing less than a wonder to see such an ancient structure existing in the middle of a fully commercialised city centre. In fact, an old world charm engulfs the cave indicating to the unique cultural and religious influences in the past.

Cave No. 9 is a chaitya ( a prayer hall) and most others are viharas (dwellings of monks) in Mahakali Caves. It is surely one of the unique tourist places in Mumbai.

How To Reach Mahakali Caves in Mumbai

Mahakali Caves is easily accessible by road as it is located in a suburb of Mumbai.

These age-old sites need the attention as they represent a glorious India!