The Call of the Wild: Kedarnath Wildlife Sanctuary 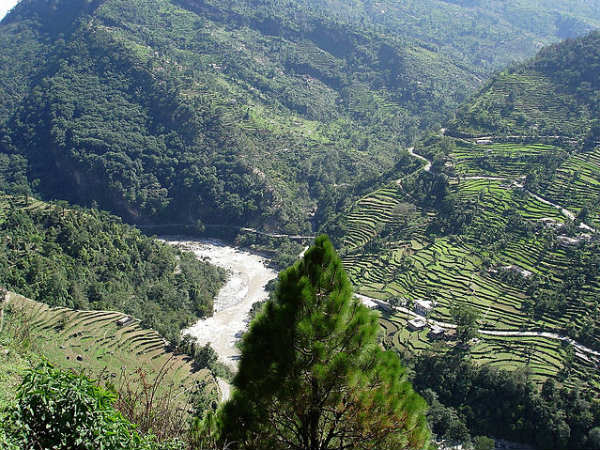 Most of us know about Kedarnath Temple but we hardly know the region that surrounds this enchanting place. Yes, this area is of utmost importance as it holds something unique and precious. The landscapes of alpine forests and alpine meadows of the Western Himalayas are a home to some threatened species of wildlife. This region is the Kedarnath Wildlife Sanctuary which is spread across Chamoli and Rudraprayag districts of Uttarakhand.

Entering the Sanctuary From Chopta

It is also known as Kedarnath Musk Deer Sanctuary because of the Himalayan Musk deer who form the flagship species of this reserve.

The Himalayan Musk deer belong to the musk deer species and are mainly found in the Himalayan regions. The Himalayan Musk deer are light brown in colour without any white spots. They have thick coarse of hair which protects them from extreme cold weather. Males are extremely territorial and do not let males from other clan to enter their group and the females live in small groups.

A captive breeding centre was set up in Kharachula Kharak inside the sanctuary. This helped in increasing the population of the musk deer. However, it was not that successful as the deer died for different reasons like climatic conditions, mortality rates and infections. So, one musk deer was relocated to Darjeeling Zoo.

Fortunately, some musk deer are said to be roaming around in the sanctuary in recent times. This has given a relief to the wildlife conservationists who feared that it has disappeared completely.

Other Animals in Kedarnath Wildlife Sanctuary

Other important religious places like Madhyameshwar, Tungnath, Mandani, Rudranath, Gopeshwar and Anasuya Devi are some of the places near Kedarnatha Wildlife Sanctuary.

The weather conditions are extreme as it is in the Himalayan region. The sanctuary is open only during the months of April to June and September to November.

Kedarnath Musk Deer Sanctuary is around 45km from Chopta and 105 km from Rishikesh. Kedarnath is around 110km from Dehradun.

By Train: Rishikesh Railway Station is the nearest railway station.

By Air: Dehradun Airport is the nearest airport to reach Kedarnath.

It is sad that musk deers are poached and it has pushed them to the endangered list. Only a few deers are surviving as of now. Some how it becomes everybody's responsibility to protect the wildlife and that helps in ecological balance.

Comments
Read more about: wildlife kedarnath uttarakhand
Other articles published on Oct 13, 2016
We use cookies to ensure that we give you the best experience on our website. This includes cookies from third party social media websites and ad networks. Such third party cookies may track your use on Nativeplanet sites for better rendering. Our partners use cookies to ensure we show you advertising that is relevant to you. If you continue without changing your settings, we'll assume that you are happy to receive all cookies on Nativeplanet website. However, you can change your cookie settings at any time. Learn more
Change Settings Continue