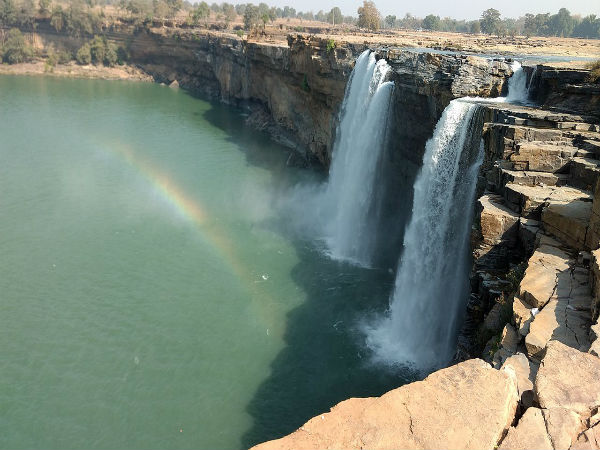 Jagdalpur is a blessed city with umpteen number of natural bounties. Located in Bastar, a district of Chhatisgarh, Jagdalpur is one of the most visited tourist destinations in Chhattisgarh after Raipur and Bhilai. It makes a perfect destination to explore some of the natural wonders, which to this present day, remains in its pristine condition, untouched by tourist activity.

Far-famed for its rich history of political activism and upholding Indian culture, Jagdalpur is one of the emerging cities in Chattisgarh. A blend of natural and man-made bounties like

For all the reasons mentioned above, the state tourism department of Chattisgarh has started promoting Jagdalpur as a prime tourist destination. Hence, all the necessary facilities are made available for tourists to have a comfortable and safe stay. Since it is less crowded, Jagdalpur makes a perfect destination for tourists to explore the rich culture and history of Chattisgarh, without compromising on privacy.

Here is a complete travel guide for Jagdalpur trip.

How to reach Jagdalpur

By air: Jagadalpur does have an airport, but it is not meant for commercial use. So, the nearest airport to Jagdalpur is Swami Vivekananda Airport in Raipur and is located about 295 km away from Jagdalpur. There are frequent buses that go to Jagdalpur from Raipur, or you can also avail train service.

By train: Jagdalpur Railway station is located in the heart of the city. The rail routes are well connected to the other major towns in India. Bhubhaneshwar, Vishakapatnam and Raipur, to name a few.

By road: Roads are well maintained and well connected to all the major cities in India.

Places to Visit in Jagdalpur

Chitrakote Falls forms a horse-shoe like shape; hence, it is far-famed as the Niagara of India. With a width of 985 feet, Chitrakote Falls is the broadest waterfall in India. Chitarkote falls originates from the River Indravati and flow towards the western part of Jagdalpur. Water falling from a height of 30 m, makes a gushing noise, that can be heard 200 m away. Best time to witness this wonder is during winter, as this waterbody will be at its full glory. And if you happen to visit the falls during the off-season, you can swim, bath or even paddle at the base pool.

Also popularly known as 'The Milky falls' (due to its appearance), Teerathgarh falls, is at the height of 300 ft. It is located in the Kanger Valley National Park and is one of Jagdalpur's popular tourist attractions. This stunning waterfall forms a large pool at the base, where many tourists and residents are seen swimming, paddling or bathing. Decked amid dense forests and beautiful landscapes, Teerathgarh Falls makes a perfect picnic spot for couples and families.

Kotumsar Cave is a limestone cave situated on the bank of River Kanger of Kotumsar village. Located about 40 km from the heart of the city, Kotumsar Cave is a mesmerizing natural beauty that allures tens of thousands of people from in and around Chhatisgarh. Several chambers go as deep as 2 km, and for its sheer length, it is declared as the second-longest natural caves in the world.

Located about 27 km away from Jagdalpur, Kanger Valley National Park boasts a diverse flora and fauna, amid beautiful natural sceneries. Home to many deep caves and stunning cascades, this fascinating national park was established in 1982. It is considered as Asian Biosphere and houses many rare and exotic wildlife species.

Spreading across a mammoth 350 hectares, Dalgat Sagar Lake is the biggest man-made lake in the state. Though it was constructed as a rain harvesting source, lately this lake, transformed itself into a prime tourist hotspot, drawing loads of tourists from across the country and as well as other countries. Besides, the beautiful water body, Dalpat Sagar Lake also hosts an island at the heart of it, which is decked with a lighthouse, fountain and temple.

Comments
Read more about: jagdalpur chhattisgarh
Other articles published on Nov 22, 2019
We use cookies to ensure that we give you the best experience on our website. This includes cookies from third party social media websites and ad networks. Such third party cookies may track your use on Nativeplanet sites for better rendering. Our partners use cookies to ensure we show you advertising that is relevant to you. If you continue without changing your settings, we'll assume that you are happy to receive all cookies on Nativeplanet website. However, you can change your cookie settings at any time. Learn more
Change Settings Continue