Nativeplanet
»
Travel guide
»How much Cold is too much Cold? Yakutsk – Russia’s coldest place

How much Cold is too much Cold? Yakutsk – Russia’s coldest place 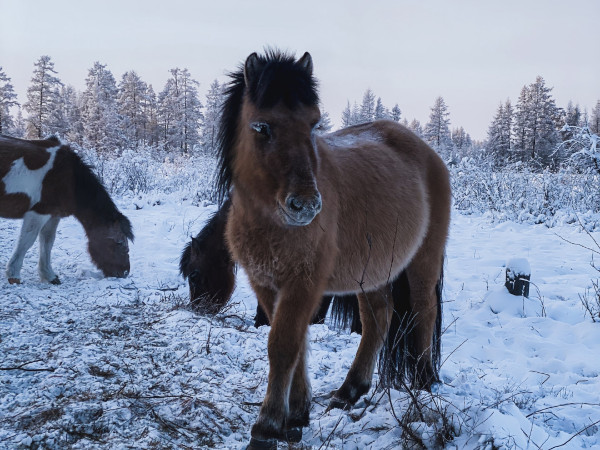 I mean, Russia doesn't even have to try when it comes to the cold. Want it or not, Siberia makes it up to the news promptly. As the recent developments in the city of Yakutsk in Siberia, now known as the world's coldest city broke records with a temperature drop of -50°C. According to CNN report back in 2018, some of the residents of Yakutsk had complained about their eyelashes freezing during the winter. That's when the experts took interest in Yakutsk.

Social media has been viraling a video from a person who is showing the roads of Yakutsk where covered in heaps of snow. The person recording it also reveals that the extreme weather has resulted in tires "bursting."

Many such videos and bone chilling photos of Yakutsk is circulating in social media. Earlier this month, The Mirror reported that the city's residents were left without heating resources and the excessive power cuts as Russian President Vladimir Putin has been accused of continuing to channel most of the funds to wage the war against Ukraine. A user on Twitter shared a pic of bursting tire captioning, "The temperature in some parts of Russia today is -54°C (-65°F). Its so cold that tires are bursting on the road."

A local says: "Pipes are bursting, heating tanks are breaking down, everything is hard frozen. The local authorities were not prepared for this situation at all," a third individual said.

Another resident complained that the gas boilers had stopped working due to the power outage. "The thermometers at this time dropped to -45 degrees. Batteries burst in the apartments of many residents, and sewer pipes froze".

Located 5,000 km (3,100 miles) east of Moscow on the permafrost of the Russian Far East, residents of Yakutsk are in 'Can't fight it' mode. "You can't fight it.

You either adjust and dress accordingly or you suffer," says Anastasia Gruzdeva who is wearing two pair of gloves, two pairs of hat and many layers of coat. Another resident, Nurgusun Starostina, who sells frozen fish at a market, added casually, "There are no special secrets to deal with the cold. Just dress warmly," she says, "In layers, like a cabbage!" An optimistic approach comparing with the cold stormers of USA this year.

We have a word for this type of natural phenomenon in Kannada language, we say 'Rudra-Ramaneeya', Rudra almost means wild and dangerous, Ramaneeya means breathtakingly beautiful. A compendium of both wild and beautiful mother earth has always been.