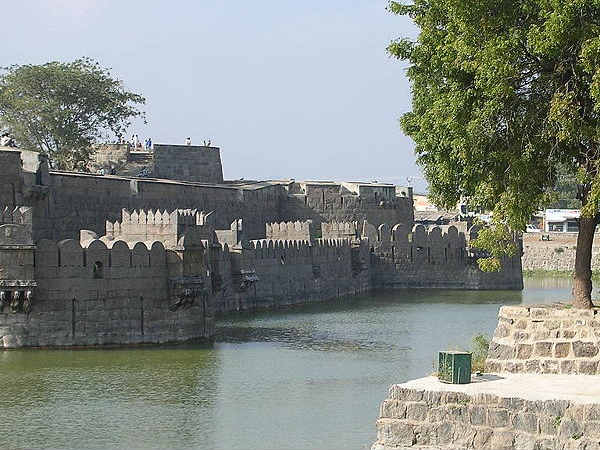 Tamil Nadu which is known for its cultural and architectural heritage houses some of oldest historical forts known to human beings. The rich artistic and architectural heritage of Tamil Nadu makes it an ideal destination for those who love history. For those who want to know more about these historic forts, a weekend drive to these places would be worth remembering. So let us look at some of the most historical forts of Tamil Nadu.

The fort was believed to be the home of Tipu Sultan and is said to have lived with his family at the time of the British War. The Vellore Fort has a temple called the Sri Jalagandeeswarar Temple, a mosque, a church, the renowned Vellore Christian Hospital and the State Government Museum. The fort is a noted tourist attraction and has been a historical building of national significance. The Vellore fort is perhaps the most beautiful specimen of military architecture in Tamil Nadu, and it is still in a good state of preservation.

This fort is found in Villupuram and is located very close to Pondicherry. Gingee fort has numerous interesting sights within its boundaries like the Kalyana mahal and the military gymnasium. A must for photography enthusiasts, Gingee fort holds a lot more than just a shadow of the past. The fort is considered as one of the most historical monuments of Tamil Nadu.

The Rock Fort Temple is believed to be one of the most historical forts of Tamil Nadu and is built on an ancient rock. The fort is also a major tourist spot. The fort complex has witnessed brutal battles between Madurai Nayakas and Bijapur and Maratha forces. The rock cut temple complex was believed to be built in the Pallava era. This temple has 100-pillared hall and a Vimana covered with gold. The southern side of the rock has several beautifully carved, rock-cut cave temples.

The ruins of Alamparai Fort are located at Kadapakkam, about 50 km from Mahabalipuram. The fort was beileved to be built in the late 17th century during the Mughal era, the Alamparai Fort also served as a bustling trading zone then. When the French were defeated by the British, the fort was captured and destroyed in 1760 AD. Now the structure is been damaged in the 2004 tsunami and ruins can been seen at Kadapakkam. It is a picturesque place, perfect for relaxing.

This fortress was built in the 17th century and is located about 17 km from Perambalur. The fort contains a palace, residential buildings, underground chambers, mosque and a flag mast.

These are some of the oldest and historical forts of Tamil Nadu which are worth visiting for those travellers who love to know about historical monuments.

Comments
Read more about: architectural heritage vellore
Other articles published on Aug 21, 2013
We use cookies to ensure that we give you the best experience on our website. This includes cookies from third party social media websites and ad networks. Such third party cookies may track your use on Nativeplanet sites for better rendering. Our partners use cookies to ensure we show you advertising that is relevant to you. If you continue without changing your settings, we'll assume that you are happy to receive all cookies on Nativeplanet website. However, you can change your cookie settings at any time. Learn more
Change Settings Continue