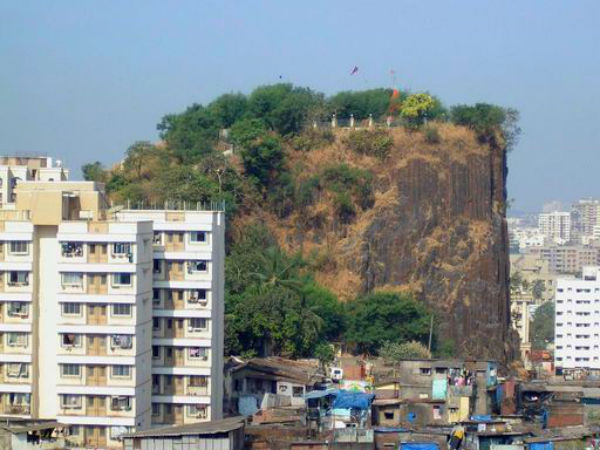 The city of dreams, Mumbai never fails to amaze each one of us. Every time one thinks that one knows everything about the city, which includes its food, streets and its history, something would for sure pop out of nowhere and take you by surprise.

The city holds many opportunities, with much energy and zest and yet manages to find order in the chaos. The city is a mixture of everything, emotions, the passion, the love and also the ugly. But there is a hidden secret in the heart of Mumbai and most often people do not know anything about this structure which stands quietly watching the swarming millions.

Gilbert Hill in Andheri West is not a hidden or a secret structure, but what it stands for is something which many people are unaware of. The structure is one of the world's oldest basalt rock formations which have withstood the test of time.

Maharashtra is located on the Deccan Plateau which is made of volcanic soil and is pretty barren. There must have been a volcanic eruption or something similar to it in this part of the country which gave rise to the black soil and the infertile plateau here.

The Gilbert Hill is located in Andheri West and is one special phenomenon which bears the testimony to the above-mentioned fact which is older than the memories of the entire human race. This hill is older than any tree which came up here and is older than any mountain range out there which you get to see in the present day.

The extinction of dinosaurs was the last mass extinction of life on earth, which resulted due to a meteor strike that triggered volcanoes all across the globe which ultimately led to the formation of the land which we see today.

What Happened 66 Million Years Ago?

It is said that a gigantic bubble of lava froze in mid air at different place across the globe and formed three gigantic rocks which stand as a testimony to the earliest life on the planet. Gilbert Hill is a monolith column of black basalt rock and actually dates back to the Mesozoic Era which dates back to 66 million years ago.

The plus point of Gilbert Hill is that one can touch and feel it unlike other sites, which adds on further to a beautiful experience which one would cherish throughout one's life. Atop the structure are two Hindu shrines dedicated to Gaodevi and Durgamata; these are temples which are set up in a small garden. One can access the place by trekking up the steep steps carved out into the rock.

The hill is named after a geologist Grove Karl Gilbert; the place is very often compared to the Devil Tower in Wyoming and the Devils Postpile National Monument in Eastern California. The place was given the status of National Park in the year 1952.

Efforts from environmentalists and geologists resulted in changing the hill into a Grade II heritage structure. But nothing much has been done to take care of the structure, with the hill eroding and the area getting surrounded by high rises and slum dwellers over the years.