Get To Know Everything About Visapur Fort In Maharashtra 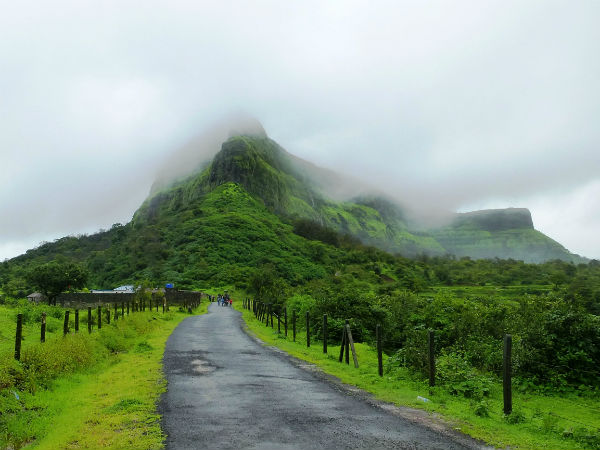 Unknown to many common tourists, Maharashtra is also popular for its ancient marvels in the form of forts. Considering the number of forts it hosts within its boundaries, it can also be called the land of forts. From hill forts to forts tucked away in the forests, you can find each and every kind within this wonderful state. Some date back to the Medieval Period, a few to the period before the Common Era and numerous to the recent era.

One such beautiful fort nestled atop a hill is Visapur Fort, which is known for its lush green surroundings and the presence of several trekking trails. Hence, over a period of time, it has become a weekend getaway for trekkers. How about taking a stroll amid its ruined walls? Read on to know more about this majestic fort of ancient India and how to reach it.

Located atop a hill, Visapur Fort can be visited anytime during a year as its region remains cool and pleasant throughout the year. However, during the monsoon season, the tracks become slippery and dangerous; therefore, you need to be careful while trekking up the Visapur Hill to reach the fort. If you are looking to explore Visapur Fort only when its beauty is at its summit, then the best time to visit is from October until the end of February.

A Little About Visapur Fort's Location And Surroundings

Located at Visapur, a small hamlet in the Ratnagiri district of Maharashtra, atop a hill, Visapur Fort was built during the early 18th century by Balaji Vishwanath, who is believed to be the first-ever Peshwa of the Maratha Empire. It is a part of the Lohagad and Visapur fortification; however, Lohagad Fort built in its vicinity at a distance of about 10 km was built much earlier than Visapur Fort.

Due to their close relations with the Maratha Empire, they are considered as the twin forts of Maharashtra. Nestled at an elevation of about 3556 feet, Visapur Fort is one of the highest located forts in Maharashtra and hence, it has become immensely popular amongst trekkers and campers. The region of Visapur Fort is also considered as a site of religious significance due to its relation with the era of the epic Mahabharata.

It is said that the well built in Visapur Fort was constructed by the Pandavas during their exile period. Built out of stone, this ancient fort is in ruins today; however, the collapsed walls still narrate the legends of its formation and survival. So, what do you think of a trip to this magnificent marvel?

Why You Should Visit Visapur Fort

Apart from learning about the history of the fort, you can also indulge in exploring its lush green beauty, which is spread across surrounding forests, grasslands and rich vegetation. How about spending a little time with pristine clouds? Yes, once you have reached the top of the fort, you will be exposed to a world of beautiful clouds moving around the fort.

The scenery of clouds surrounding the fort certainly needs to be captured on your camera. If you are done with witnessing all the corners of Visapur Fort, you can also visit its nearby tourist attractions which include Lohagad Fort, Korigad Fort, Rajmachi Park and Pawna Lake.

How To Reach Visapur Fort

By Air: If you are looking to travel by air, then you need to take a flight to Pune Airport, which is located at a distance of about 60 km from the fort. Once you have reached Pune, you can either catch a bus to Lonavala and then from there, a cab to Visapur; or you can hire a taxi directly to Visapur Fort. It will take you an average time of 1 h to reach your destination from the airport.

By Rail: The best way to reach Visapur fort by rail is to catch a direct train to Lonavala railway station, which is well connected to nearby cities and towns. From the station, you can hire a cab to the fort, which is situated at a distance of around 15 km.

By Road: The base of the fort is well connected to other cities and towns by road. Hence, you can drive on your own directly to Visapur Fort.