10 Most Famous Hanuman Temples In India 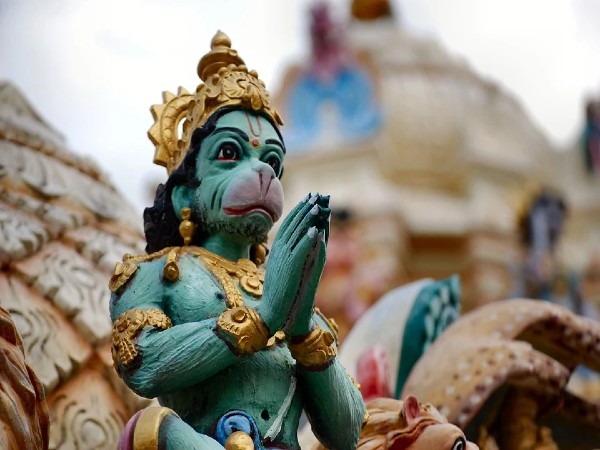 The auspicious day of Hunuman Jayanti or Hanumath Jayanti marks the birth of Hanuman as per Hindu calendar; one of the pre-eminent mythological heroes of the super epic Ramayana. Hanuman Jayanti is commemorated in the Chaitra lunar month where several rituals are held in a majority of Hindu temples.

Hanuman Jayanthi is observed with immense service and devotion by people from all walks of life and in particular by the adherents of Hanuman Bhakts. The different aspects of Hanuman are cherished and revered on Hanuman Jayanti.

On this special occasion, we bring you the ten most famous Hanuman Temples in India. Have a look!

Situated by the Assi river in Varanasi, Sankat Mochan Hanuman Temple is the holiest Hanuman temples in India. This famous temple is visited by tens and thousands of Lord Rama and Hanuman devotees, every year.

Shri Bala Hanuman Temple of Jamnagar is another famous temple dedicated to the Lord Hanuman. Besides this wondrous temple, Jamnagar is also abode to several other ancient temples such as marble Jain temples and Sidhnath Mahadev Temple.

Found in Connaught Place in Delhi, this temple is one of the five historic temples of Mahabharata fame. The temple has a self manifest idol of Lord Hanuman and it is lauded as Sri Hanuman Ji Maharaj.

Shri Hanuman Mandir in Sarangpur is consecrated to Lord Hanuman in the form of Kastbhanjan. This temple is among the most prominent temples in India and is situated on a low height hillock.

Hanuman Dhara temple in Chitrakoot is located on a cliff several hundred feet up on a steep hillside. Chitrakoot is also known for hosting several temples and sites related to Ramayan.

Hanuman Mandir at Sangam also acknowledged as Bade Hanuman Ji Temple is a novel temple and is the only temple in India where Lord Hanumanji is seen in a reclining stance. This temple has a huge idol of Lord Hanuman which is at 20 feet long and 8 feet wide in sleeping position.

Hanumangarhi temple in Ayodhya is the most celebrated temples of Lord Hanuman in North India. Ayodhya is the Ram Janmabhoomi (birthplace) and also proclaimed as the home of Hanumanji.

Located in Bet Dwarka island and found close to the temple of Lord Krishna, Bet Dwarka Hanuman Temple is a must-visit Hanuman temple in Gujurat. The island is also regarded as the part of the ancient city Dwarka. Also, Bet Dwarka hosts many more religious shrines.

Karmanghat Hanuman Temple is one of the most beloved temples in Karmanghat city and also very prevalent among Hanuman devotees in Hyderabad. Lord Hanuman is also acknowledged as Anjaneya Swamy in most of South India.