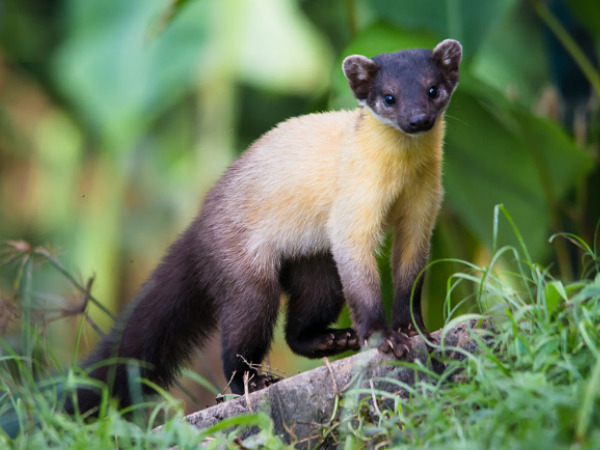 Indian ecosystems are so diverse and colourful that one would be overwhelmed to explore. Every nook and corner of the country has something so pure and exquisite that makes it worthwhile to travel. One among them is the famous Himalayan ecosystem, which not only has several mesmerising tourist destinations but also rich fauna.

Yes, the animals of the Indian Himalayas are pretty interesting and unique. These species are only found in regions of the Himalayas and hence it is very exciting to know about them.

Here we are listing out some of the exotic animals found in the Indian Himalayas. Check out and enjoy this photo tour.

The cute fluffy Red Pandas are natives to the Eastern Himalayas and South Western China. Also called as Red-Bear Cats, these are one of the species of animals of the Himalayas. You can see Red Pandas in more numbers at the Singalila National Park in Darjeeling district as it is also designated place for the conservation of these animals.

Himalayan Tahr mainly related to Caprinae (goat-antelope family). These animals are found in the Indian Himalayas, Nepal and Tibet. They have horns curved backwards and they look like big goats. Kedarnath Musk Deer Sanctuary is one of the places to see the Himalayan Tahr.

Snow Leopards are one among the species of the big cat family. They are indigenous to Central and South Asia. Snow Leopards are distributed in most Himalayan regions like Himachal Pradesh, Uttarakhand, Sikkim, etc. Hemis National Park in Ladakh is one of the top wildlife destinations where you can spot the Snow Leopards in India.

Asiatic Black Bears are native to the Himalayan regions. They are also called as Moon Bears or white-chested bears as they have a 'V' shaped white patch on their chest. They are big and black in colour. The Asiatic Bears can be found in the wildlife destinations in Kashmir and Sikkim.

The Himalayan Blue Sheep is not at all blue in colour but it looks greyish. Locally called as Bharal, these animals belong to goat-antelope family. There are found in several regions of the Indian Himalayas and Gangotri National Park in Uttarkashi is one of them.

Comments
Read more about: unique travel ideas himachal pradesh arunachal pradesh sikkim gangtok uttarakhand
Other articles published on Feb 4, 2017
We use cookies to ensure that we give you the best experience on our website. This includes cookies from third party social media websites and ad networks. Such third party cookies may track your use on Nativeplanet sites for better rendering. Our partners use cookies to ensure we show you advertising that is relevant to you. If you continue without changing your settings, we'll assume that you are happy to receive all cookies on Nativeplanet website. However, you can change your cookie settings at any time. Learn more
Change Settings Continue