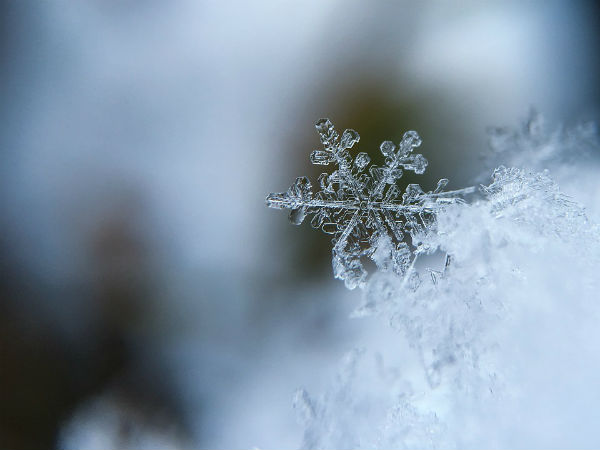 In some parts of India, especially in the South, the winter season is a merry time. However, in a few regions, winter isn't just cold, it's ruthless. Brutal cold winds and plunging temperatures make these cold places in India so extreme that one might think twice to visit them. Whether it is the snow-capped valleys in the North-east or regions of Himalayas, inhabitants in these regions face some of the most bone-chilling and challenging winter seasons.

Here are 10 cold places in India that have some of the hostile winters.

In addition to its infamous war stories between India and Pakistan, the town also holds the claim for being one of the coldest places in India. Situated on the Srinagar- Leh highway, at an elevation of 3,325m, Kargil represents the extreme border between India and Pakistan. The temperatures can go as low as -23 ºC during the winter season. The thriving population in Kargil face challenging winter conditions. A few even move to different places to avoid nature's wrath. Having said that, Kargil is a hot spot for history buffs and journalists as it was the venue that witnessed the infamous 1999 war between India and Pakistan.

Recently proposed as a union territory, Ladakh is located in Jammu & Kashmir, amidst the Himalayan ranges. It is one of the northernmost regions in India and thus faces challenging winter conditions. It is home to 2,70,000 residents of Tibetan culture. Average daily temperature in January is minus -12ºC, while the average high is -2ºC. Though Ladakh is heavily commercialized over the years, yet it is inhospitable during winter seasons, as it witnesses heavy snowfalls and temperatures reaching an extreme -35ºC. However, you can visit Ladakh during the summer to have an impressive view of untouched and blooming natural beauty.

Located in the northern part of Sikkim, Lachen and Thangu Valley is a visual retreat for many tourists and travellers. Nevertheless, during winter season the region gets incredibly hostile with rugged terrains and heavy snowfall, making it almost impossible to travel around the area. Lachen and Thangu Valley is situated at an altitude of 2500 m and experiences average January lows of -10 ºC to -15 ºC.

Throughout its history, the snowy mountains in the valley have witnessed some of the most bone-chilling conditions imaginable. These cold valleys in Sikkim, face sub-zero level temperatures almost throughout the year.

Situated in Arunachal Pradesh, Tawang is a well-known summer tourist destination; this snow-white paradise has a dual side that is so extreme it can give you the shivers. Though counted as an offbeat destination to visit in India, during winter, it experiences heavy snowfalls and avalanches. Thus, making it one of the dangerous and coldest destinations in India. The winter gets extreme as the temperature can dip as low as -15 ºC. Nonetheless, Tawang is a natural wonder that offers breathtaking snowy landscapes and lakes. You can visit Tawang during the summer to experience the best.

The title of the coldest place in India belongs to Siachen Glacier. It is located at an altitude of 5,753 m and temperature can reach as low as -50ºC in January. As it is a site of heated territorial dispute, many soldiers from both India and Pakistan are based at this inhospitable place. And thousands of military personnel have lost their lives due to brutal climatic conditions.

Recently made open for tourism, this hostile place on the planet was forbidden from entry since 1984 for many reasons. However, now that the site is accessible for tourists, it is said to become a prime tourist hotspot in India by 2022.

Nature lovers and thrill-seekers are recommended to do some research before they venture into this extreme place.

With the temperature falling as low as -15ºC, this snowy paradise is famously called as the icebox of India. Located at an altitude of 4,400 m above the sea level, Sela Pass, is mostly covered in thick snow throughout the year. During winter, the mountain range gets hostile with ravaging winds and avalanches. Sela Pass is also a sacred site for Tibetan residents hosting many Buddhist temples.

Perched 2,500 m above sea level in the Pithoragarh district of Uttarakhand, Munsiyari is a popular hotspot for thrill-seekers and nature lovers. The weather conditions remain cold and dry, throughout the year and the temperatures reach up to a -10ºC during winter, thus, making it one of the coldest places in India. However, there are plenty of reasons to visit Munsiyari, including rare and exotic migratory birds, snow-clad mountains, and icy lakes.

Located in the state of Himachal Pradesh, Keylong is spread across 40 km on the Leh main road. Not as extreme as the other places mentioned above, the temperature here can go as low as -2 ºC and is one of the coldest places in India. Keylong is a mecca for bike-riders and offers a stunning view on the way to another cold destination, Leh. And it is a worthwhile place for those who don't mind the chill. Kelong is also well connected to other tourists destinations such as Manali, Kaza and Leh.

It is an ideal summer destination. Nevertheless, the weather in Sonamarg can get extreme during the winter season. The temperatures can dip as low as -6ºC, and tourists can feel the wind chill that can hamper their travel venture. Located at an altitude of 2,800 m, Sonamarg is surrounded by umpteen number of snow-clad mountains and icy lakes. It is one of the most visited places in Kashmir and one of the coldest places in India.

Manali is a famous tourist destination in India, that offers breathtaking landscapes, fun activities and glittering flea markets. Although the destination is warm during summer, winters in Manali are long, dry and exceptionally cold. The temperature can plunge to -15 ºC during the winter season, making it one of the coldest places in India.

Located in Kullu district of Himachal Pradesh, Manali is a hot spot for nature lovers and thrill-seekers as it boasts many fun activities like hiking, river rafting and trekking amidst the snow-capped mountains. However, summer is the best time to visit the tourist destination.

Comments
Read more about: cold places india
Other articles published on Oct 29, 2019
We use cookies to ensure that we give you the best experience on our website. This includes cookies from third party social media websites and ad networks. Such third party cookies may track your use on Nativeplanet sites for better rendering. Our partners use cookies to ensure we show you advertising that is relevant to you. If you continue without changing your settings, we'll assume that you are happy to receive all cookies on Nativeplanet website. However, you can change your cookie settings at any time. Learn more
Change Settings Continue