Nativeplanet
»
Travel guide
»To Ambasamudram: A Picturesque Town Huddled In The Western Ghats Of Tamil Nadu

To Ambasamudram: A Picturesque Town Huddled In The Western Ghats Of Tamil Nadu 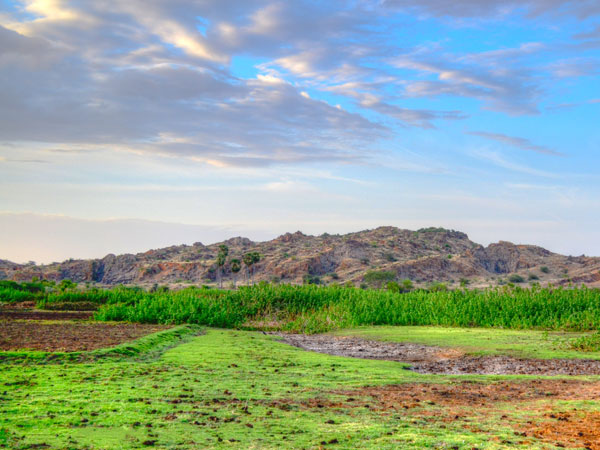 The principal town of a taluk (a subdivision of a district) in the Tirunelveli district of Tamil Nadu, Ambasamudram, is cradled in the foothills of the Western Ghats on the northern bank of the river Tamirabarani. This little picturesque town of Ambasamudram is also known by the name of Vilankurichi. Soak in the town's beauty and charm and don't miss out on these amazing places to explore.

Places To Visit In Ambasamudram

The Manimuthar Dam, the biggest reservoir of the Tirunelveli district, is located around 50 km away from Tirunelveli. The dam with its striking milieu and a beautiful garden makes for a perfect picnic spot for the locals and the travellers alike. About 6 km away from the Manimuthar Dam lies the Manimuthar Falls, which is formed by the waters of Manimuthar river. This natural and pristine waterfall cascades down from a height of 25 ft into a pond.

Home to many admirable man-made dams, Ambasamudram hosts the beautiful Papanasam dam or Karaiyar dam, which is located around 60 km away from Tirunelveli. Closer to the Papanasam dam is another attraction that one can visit - the Papanasam Waterfall. There are boat rides available to reach the Papanasam falls.

The Papanasam falls is also popularly known as the Agasthiyar falls, because of the myths and legends associated with the place. Myth has it, that at this holy place the Hindu deities Lord Shiva and Parvati appeared before the great sage Agasthiya. Hence the fall is popularly called the "Agasthiya Falls", so as to honour the visit of the divine couple. The water is sparkling fresh and has immense medicinal qualities.

There is a village close by, Papanasam, where the river water of Tamirabharani flowing from the Western Ghats reaches the plains and drops to form a small waterfall. It is believed that people who bathe in this waterfall are relieved of all sins and therefore it's named as "Papanasam", which translates to "absolution of sins".

The sacred temple of Papanasanathar makes for one of the most spiritual sites in Ambasamudram. Boasting of brilliant Dravidian architectural finesse, the temple stands in Papanasam, a village in the Tirunelveli district. The temple consists of three sections, a seven-tiered gateway tower and granite bearings on its surroundings. Lord Shiva is worshipped as Papanasanathar and Goddess Parvathi as Ulagammai. Replete with outstanding craftsmanship of the artistic sculptures adorning the walls and gateways, the temple makes for one monumental marvel to look at.

The Baana Theertham Falls, overlooking the inexplicable grandeur of the Western Ghats, is of exquisite charm and beauty and is also considered as a very sacred point. The cascading waterfall of the Baana Theertham is snuggled within the Karaiyar Dam, and is of medicinal and spiritual importance. Legend has it, that the great sage Agasthiya wandered around this falls, in a quest for rich and medicinal herbs. The Baana Theertham falls is located at a distance of 7 km from Tirunelveli district in the Indian state of Tamil Nadu.

Originating from the peaks of the Periya Pothigai hills in the Western Ghats, the Tamirabharani river derives its name from "tamiran", which translates to copper. The river water is said to have medicinal and healing properties, so don't forget to take a dip while visiting this place. Lots of medicinal herbs dot the shores of the river and also there is a long list of dams that have been constructed around the river. Legend has it, that the Tamil language was revealed to the great sage Agasthiya, while he was meditating in these hills. The river is a mix of history, tradition, faith and curative properties in its own unique way.

The Manjolai Hill is a hill station in the Western Ghats, safely concealed in the Kalakad Mundanthurai Tiger Reserve in the Western Ghats. Manjolai Hills are renowned worldwide for its staggering panoramas of the green glades, thick backwoods and shimmering cascades. Delve deep into its verdant valleys and soak in the serenity and quietude of the place.

How to Get There

By Air: The nearest airport to Ambasamudram is the Trivandrum airport. It is located about 160 km away from the town.

By Rail: Ambasamudram Railway Station is located at the heart of the city. The station is well connected by trains from the near by towns and cities.

By Bus: The Ambasamudram bus stand is located around 30 km from the town. There are regular buses that connect to Trivandrum and other districts of Tamil Nadu.

A perfect season to visit the Ambasamudram would be in the winter months from October to December, as the weather is pleasant around this time than the hot and humid summer months.