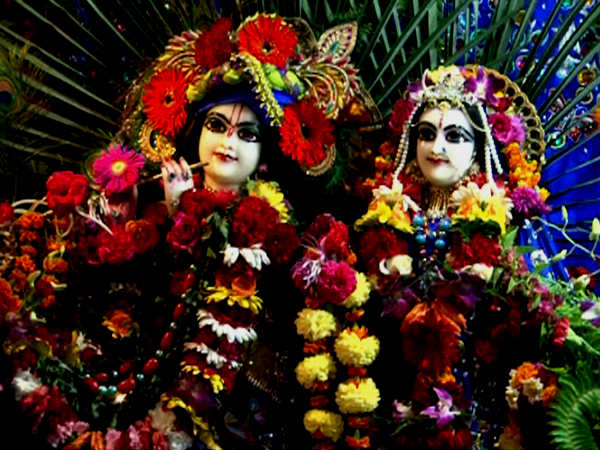 Krishna Janmashtami or Krishnashtami is the celebration of the birthday of Lord Krishna. The festival is celebrated throughout India and abroad on the eighth day of Krishna Paksha during the month of Bhadrapada in the Hindu calendar.

Devotees of Lord Krishna celebrate the festival by offering prayers, singing hymns and observing fast. Young kids are dressed up as Krishna and Radha is also a speciality of the day. Here are a few places that celebrate Janmashtami in its fullest form this 2021.

Mathura is the birthplace of Lord Krishna. The festival of Janmashtami is celebrated here with great vigour and devotion. All the Krishna temples in the city are full during the day and the whole place wears a festive look.

Rasleela, a dance drama that narrates the story of Lord Krishna, is played in all the temples and midnight celebrations are also organised in these temples that mark the time when the Lord was born.

Vrindavan holds its place in the Hindu mythology as it is the place where Lord Krishna spent his childhood days. The town is a sacred Hindu pilgrimage site and one among the popular places where Janmashtami is celebrated.

During the day of Krishnashtami, the whole town soaks in worship and the echoes of bhajans and hymns related to Lord Krishna can be heard from everywhere. A few temples that celebrate the festival include Banke Bihari Temple, Sri Krishna Balaram temple, Radharaman Temple and ISKCON Temple.

Dwarka can be considered as a lost city. As per Hindu mythology, the city was built in two days by Viswakarma as per the instructions of Lord Krishna. The Lord is believed to have spent around a century here and palaces were made in the city of each of his wives. However, tales say that after Krishna's death the city got submerged it the sea marking the beginning of Kalyug.

The present-day Dwarka is a popular city in Gujarat where people still follow the rituals and celebrate the festival of Janmashtami with great devotion. The temple of Dwarkadheesh is known for its Krishnashtami celebrations. The idol of Lord Krishna is bathed in the morning, adorned with ornaments that include diamonds and other precious stones; after which the darshan is allowed to the devotees.

Apart from these places where Lord Krishna had spent most of his life, places like Mumbai and Delhi are also popular for its Janmashtami celebrations. ISKCON temples all over the nation perform pujas and other offerings related to the birth of Lord Krishna. These temples witness a huge crowd that flow from various places in India and abroad only to take part in the celebration.