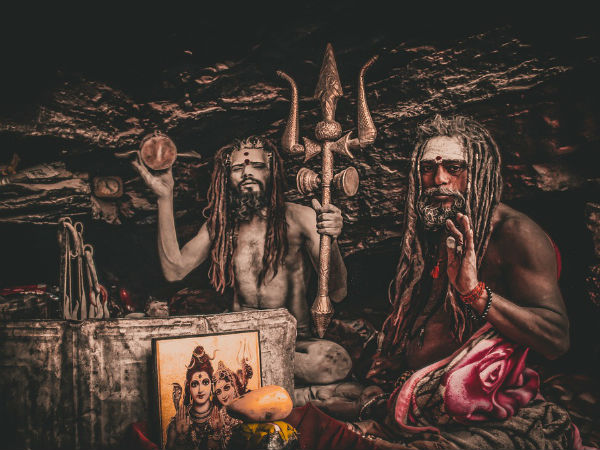 Shiva, the cardinal power, according to Hindu religious beliefs, has played a significant role in shaping Indian culture and history. Depicted in mythologies as a peaceful entity or yogi, Lord Shiva is known by many names; Shankara in the South and Mahadev in other parts of the country. Also, he is portrayed as a ruthless god in the early religious scriptures in the form of Bhairava or Nataraja.

Considered among the three main forces behind the creation of this universe, we can see Samhar Karta (destroyer) Shiva's legacy and supremacy in the form of many temples and sacred sites, dating as far back as the fourth century!

To pay tribute to the all-powerful, we have compiled eight ancient temples in India, which is to this day, preserves the notoriety of the supreme deity, Shiva!

PC: Naresh Balakrishnan
Positioned on the Garhwal Himalayan Range of Uttarakhand near Mandakini River, Kedarnath Temple is a highly revered Shiva Temple for Hindus in India. Located at an altitude of 3583m, this Shiva shrine is one of the ancient temples in India and is reckoned among the four destinations of Char Dham. And due to its high altitude, the temple receives high snowfall in winter and remains open from May end till mid-November.

PC:Anhilwara
The ancient temple of Somnath is positioned in the Prabhas Kshetra near Veraval in Gujarat. It is one of the 12 Jyotirlinga Shrines devoted to Lord Shiva and attains esteemed status among the Hindus. The temple has been a witness to severe historical conflicts and has been ravaged by foreign invaders for its exclusive treasury of gems and pieces of jewellery. Somnath Temple was reconstructed in 1947. This Shiva shrine is built in Chalukya Style of architecture and it overlooks the seashore.

PC:Ssriram mt
Situated on an island, shaped like the Hindu holy symbol OM, Omkareshwar Temple is situated on the Narmada river in Madhya Pradesh. One of the famous pilgrimage places in India, Somnath temple is a five-storeyed wonder that embeds the seats of different Hindu deities other than the chief deity Lord Omkareshwar. The morning prayer is performed by the temple trust, the Puja at midday is offered by the priest of Scindia state, while the evening routine is conducted by the priest of the Holkar state. To see the most expressive face of rituals performed in the temple, travellers should visit here during Shravana, the fifth month of the Hindu calendar.

It is believed that one, who takes the last breath in Kashi Vishwanath, gets liberated from the cycle of resurrection and therefore Kashi Vishwanath is far-famed as the shelter of all faithful souls. The temple of Kashi Vishwanath is found in Varanasi and reckoned among the twelve Jyotirlingas. Kashi Vishwanath holds an important position in Shaivism and it is during Shiva Ratri celebration that the temple gets decorated in its best. It is important to mention here that the city of Varanasi is one of the oldest cities in the world and has high traditional importance.

Located about 30 km away from the city of Nashik, Trimbakeshwar is a Jyotirlinga Temple found at the source of Godavari River. The temple of Trimbakeshwar was deemed to be built by Peshwa Balaji Baji Rao. Built-in archaic Hemadpanthi style, this temple is entirely made of black stone and included among the most famous Shiva temples in India. The lingam of Shiva in this holy place depicts three faces, representing Lord Vishnu, Lord Brahma and Lord Rudra. The links are embellished with three different golden crowns jaded by gems and expensive diamonds.

A divine tour in India that needs no introduction among the Indians, Amarnath, located in the state of Jammu and Kashmir, takes religious tourism in India to a different level. It is situated at an altitude of 3888 m in a consecrated cave known by the name of Lord Amarnath. The main draw of this religious site is the unusual ice lingam of Lord Shiva, which is formed every once in a year. The journey leading to Amarnath is considered very sacred and needs a lot of mental and physical strength to complete as it passes through some of the rough terrains of Kashmir and one needs to hike a long way.

The only remaining example of Kalinga Architectural Style, Lingaraj Temple should be included in the list of must-see temples in India for the stunning work of art it depicts. Anointed to Lord Harihara, an embodiment of Lord Shiva, the temple is believed to be built by the kings of Somavamsi dynasty and later renovated by the rulers of Ganga Dynasty. The temple is made of laterite and sandstone and is surrounded by several other small shrines dedicated to other deities. Shiva is venerated here as Tribhuvaneshwara and his consort is worshipped as Bhubaneshwari. Lingaraj Temple is one of the ancient Shiva temples in Bhubaneshwar city of Odisha.