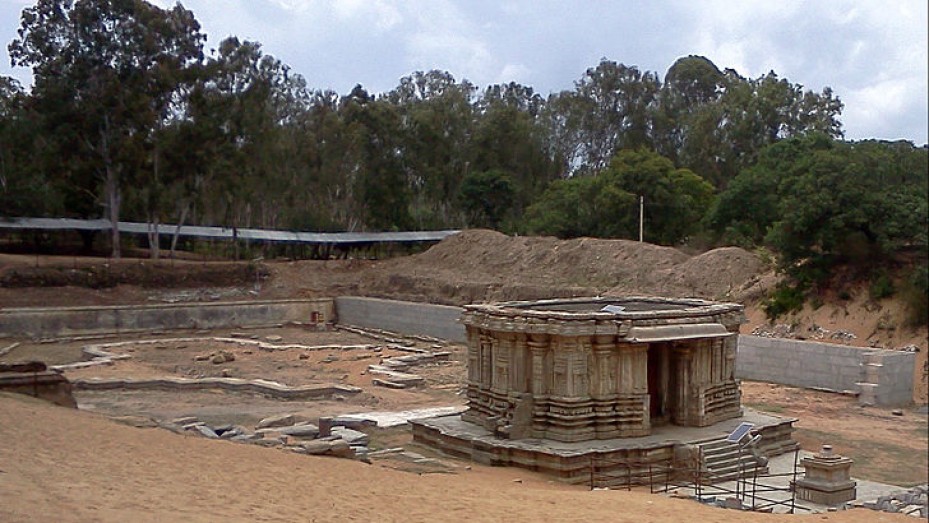 Travellers on a trip to Talakad are suggested to visit the Keerthi Narayana Temple, which was dug up in the year 1911. It was built by Vishnuvardhan, a Hoysala King who placed the statues of Keerthi Narayana and Ranganathar inside this temple himself.

Earlier, a sannidhi of Sundaravalli Thayar was part of this temple, though it was substituted with a navaranga mandapam that includes the idol of Keerthi Narayana. The temple complex also includes the idols of Nammazhwar, Ramanujar and Vedantha Desikar.

An ardha mandapam is situated inside the temple that has statues of Viswasenar and Yoga Narasimhar. A 9 ft tall idol of Lord Vishnu is another feature of the Keerthi Narayana Temple, which has been placed on a garuda peedam. Devotees will notice that this idol is holding a chakram, a mace, a shangu and a lotus on each of his four hands.