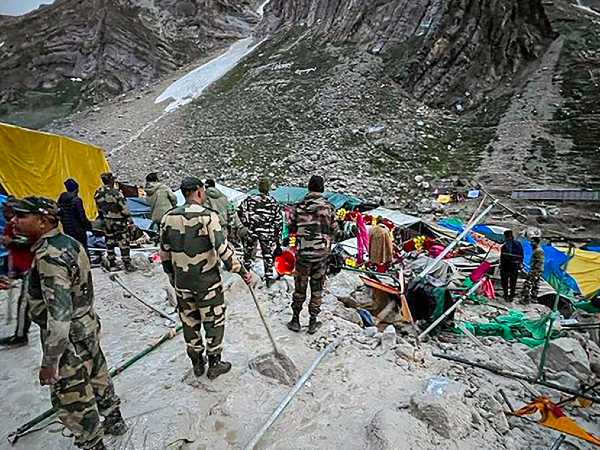 Amarnath Yatra is often in the headlines, always for lord Shiva himself with their devotees and occasionally for the security arrangements, but this time it is in the headlines for the tragic incident, which we never pray to happen. As such, Baba (Lord Shiva) always protects his devotees, but sometimes the trials of life prove to be harsh for a few people.

The tragic incident in Amarnath Yatra

During the Amarnath Yatra, the pilgrimage that began on June 30, not only did 16 individuals die in a flash flood triggered by a cloudburst, but also reports of around 50-60 missing people are coming. The cloudburst that occurred around 5.30 pm on Friday swept away many people and damaged 25 tents, including three community kitchens. The overflowing waters hit south Kashmir and left more than 10 thousand Pilgrims stuck at the Nunwan base camp in Pahalgam.

The Ministry has issued helpline numbers to assist the needy with immediate effect, which is already providing services in Hindi and English as well as in many foreign languages such as Arabic, French, German, Italian, Spanish, Japanese, Korean, Mandarin(Chinese), Portuguese & Russian. Not only Indians but foreign tourists also participate in Amarnath Yatra, that is why it has been decided to assist in other languages ​​as well.

Although the team of NDRF and J&K police personnel presented on the spot had started the rescue works immediately, the active soldiers have taken the lead now and are engaged in the rescue work with readiness. The serving rescuers on the spot are trying hard to get everyone out safely. Many pilgrims have been evacuated by Army helicopters till now, and the rescue operations are continued day and night even though the weather is not conducive.

Likely to continue the Journey

It is hard to say anything by looking at the current distress situation if the journey will be postponed or continued. This decision will likely be taken considering the weather conditions in the coming days. The Yatra has been temporarily suspended, and the safety of the visitors is the priority.