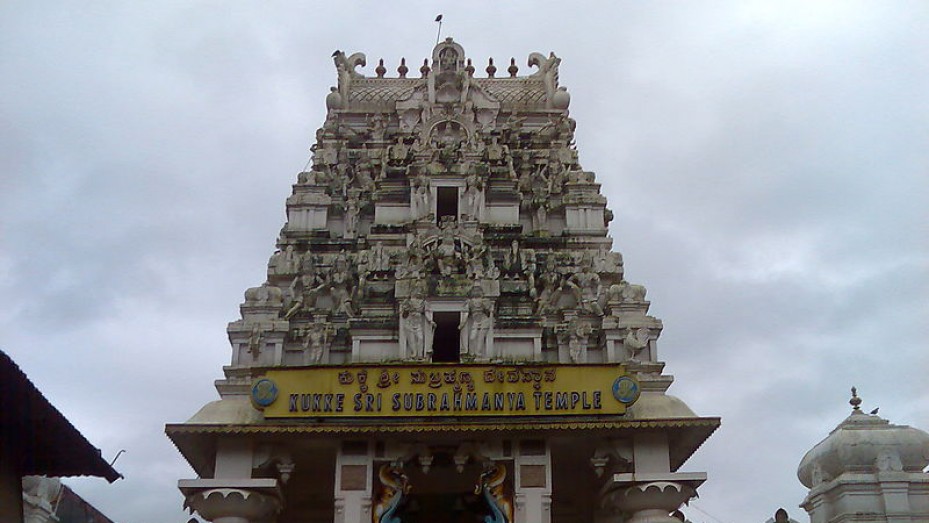 Subrahmanya Temple or Kukke Subrahmanya Temple, one of the must-visit attractions of the village of Subrahmanya, is situated on the banks of Kumaradhara river. This temple is bound by rivers, mountains, forests and most notably, Kumara Parvatha. The temple is said to be the house of second son of Lord Shiva, Lord Subrahmanya (also called Kartikeya), and Vasuki, the king of serpents.

The exterior and interior halls of Sri Subrahmanya Temple give way to the sanctum of this shrine. An idol of the lord is placed at the upper platform along with that of Vasuki. Tourists can also see an idol of Shesha, another prominent naga in Hindu mythology, at the sanctum. Just between the sanctum and the gateway of the portico is the Garuda Pillar that is covered with silver. As per the locals, this pillar was painted in order to protect pilgrims from the venom of Vasuki, who is said to reside inside the pillar.

This sacred temple is popular for carrying out ritual rites in order to avoid Sarpa Dosha. On the eve of Thaipooyam, the main festival of the temple, numerous pilgrims can be seen at this temple. Along with this, two important Sarpa Dosha poojas, Ashlesha Bali Pooja and Sarpa Samskara are also performed inside the temple.