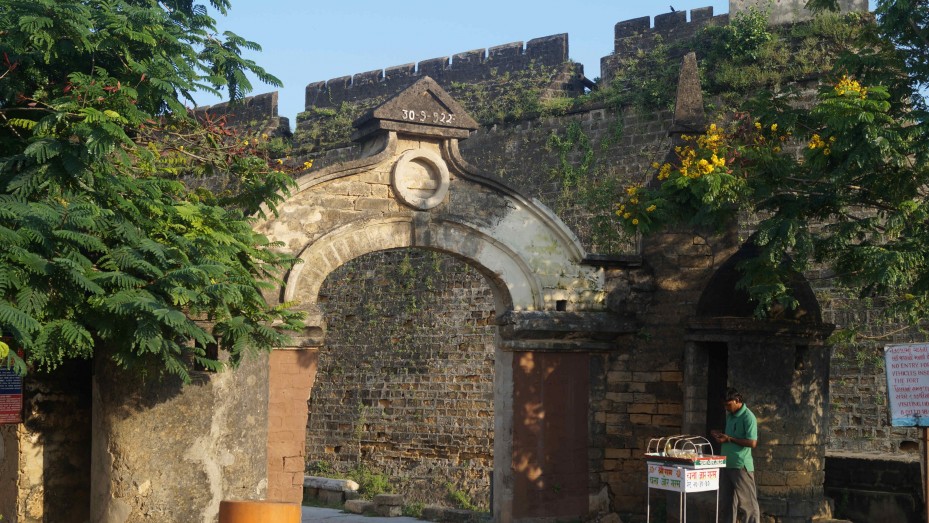 Also known as the Portuguese Fort, Diu Fort was built during the period 1535 to 1541 on the ruins of a fortress constructed by an Arabian Governor during 1400. The Portuguese colonialists and the Sultan of Gujarat, Bahadur Shah jointly constructed this fort to defend their territories against the armies of Mughal Emperor Humayun who intended to annex them.

The 29 m tall fort is situated along the shore line at the end of Fort Road. It is surrounded on its three sides by the sea and its fourth side is connected by a canal. The fort is encircled by two massive walls. While its outer wall stands along the shoreline, the inner one has bastions with cannons mounted upon them.

It is further fortified by two moats. The outer moat is a tidal moat and the inner moat, cut out of sandstone rocks, is situated between the outer and the inner wall. The fort hosts landscaped gardens, pathways dotted with cannons, a prison and a lighthouse. It offers spectacular views of the vast ocean and the surrounding land areas.