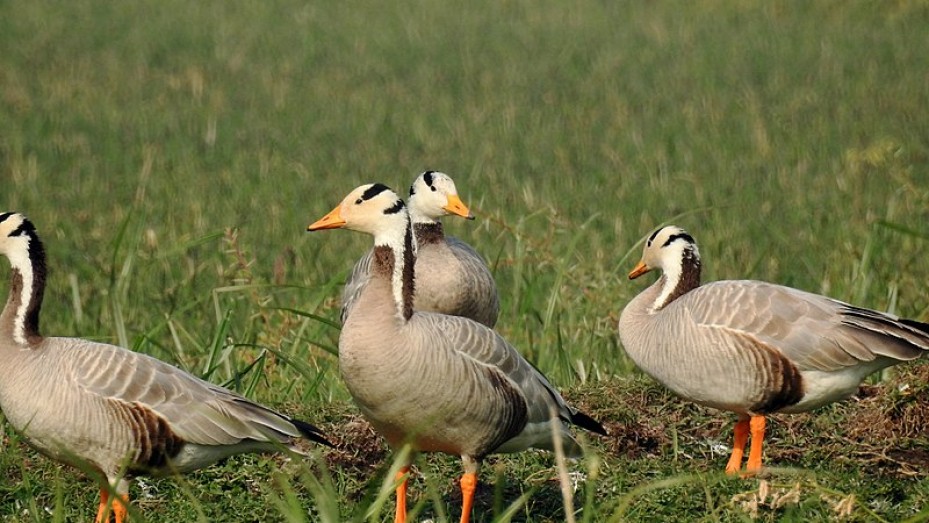 The Keoladeo National Park is the most famous tourist attraction in Bharatpur. This park, also known as the Keoladeo Ghana National Park, was constructed around 250 years ago by Maharaja Suraj Mal. The Maharajas of Bharatpur used this park as a private duck shooting reserve until 1964, when it was established as a bird sanctuary.

In 1982, the Bharatpur Bird Sanctuary was declared as a National Park and was named, the Keoladeo Ghana National Park. In the year 1985, the park received the status of a World Heritage Site by UNESCO. Tourists in large numbers, visit this popular national park, every year.

Currently, this national park has 7 varieties of turtles, 50 varieties of fishes and 5 varieties of amphibians. In addition, this park is a natural habitat for about 375 bird varieties. During the monsoon season, birds from every part of the country flock this park.

Some of the commonly seen water birds in the park are the bar-headed and greylag geese, ducks such as pintails, common teals, ruddy shelducks, mallards, widgeons, shovelers, common shelducks, red-crested pochards and gadwalls.

The Keoladeo Ghana National Park is well-connected to Bharatpur by buses and auto rickshaws; electric vans are also available on special request. However, the best way to explore the park is on foot, bicycle or cycle rickshaws. Interested travellers can hire bicycles from the park authority at a reasonable price.