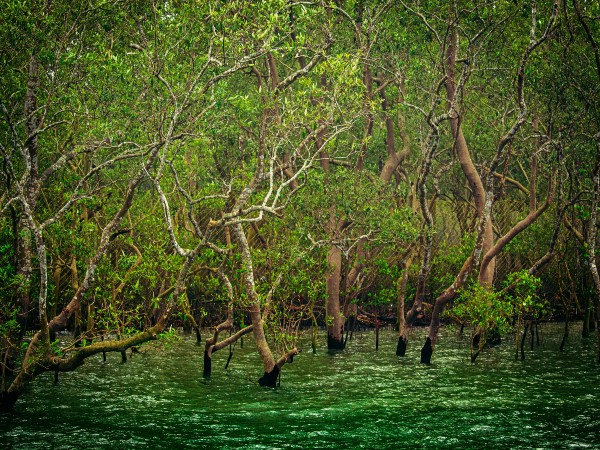 Adorned with colonial architecture, the tropical climate of West Bengal attracts thousands of visitors from different corners of the globe. Whether you want to rejuvenate your taste buds with incredible cuisine or simply want to spend a laid back vacation, there are many places at a drivable distance from Kolkata. If you are already in Kolkata and looking for some amazing weekend getaways nearby, here are a few places that you should be visiting.

Murshidabad is located on the southern bank of the Bhagirathi river and is known for several Historic places such as Hazarduari Palace, Bachhawali Tope, Nizamat Imambara and Katra Mosque. The city still has memories of Nawabs with the remains of mosques, tombs, and gardens.

Kalimpong, a popular hill station, is located at an elevation of 4,101 ft and is a popular tourist location in the region. Also, the region of Kalimpong is a major ginger growing area in India. And forests found at higher altitudes of Kalimpong are home to the Red panda, Clouded leopard, and Siberian weasel.

Midnapore is situated on the banks of the Kangsabati River. Historic attractions of Midnapore include Chapaleswar and Mahamaya temples at Karnagarh, Jain temples and Rukmini temple.

Kalna or Kalna is situated on the western bank of the Bhagirathi river and has numerous historical monuments such as the 108 Shiva temples, Rajbari, Nava Kailash, and Pratapeswar Temple.

Situated on the conflux of the rivers Kumari and Kangsabati, Mukutmanipur is one of the best places to visit in West Bengal. It is the second biggest earthen dam in India and is located about 235 km from Kolkata. Displaying many green hills and lush forests, Mukutmanipur is an ideal place for you and your family to have a pleasant excursion on the banks of the dam. You can also go hiking in the forests around the hilly area. And for nature lovers and wildlife enthusiasts, there is a deer park and the Jhilimili Forest to venture into. Whatever the purpose, this summer destination will surely give you an exhilarating experience of nature meeting civilisation.

Located about 85 km, a couple of hours drive from Kolkata, Sundarbans is a land of beauty with meandering rivers and the forest. Thus, making it an ideal summer weekend destination to travel with friends and families. You can have a pleasant stay at the houseboat and admire the perfect natural setting along the cruise. Many small islands and parks are decked in the vicinity of Sundarbans. Besides the view, you can also get the best accommodation and wholesome meals in economical packages. Boasting plenty of wildlife sanctuaries and watchtowers, Sundarbans is the most sought after summer weekend destination near Kolkata.