Weekend Getaways From Rajkot: Showcasing The Brilliance Of Gujarat 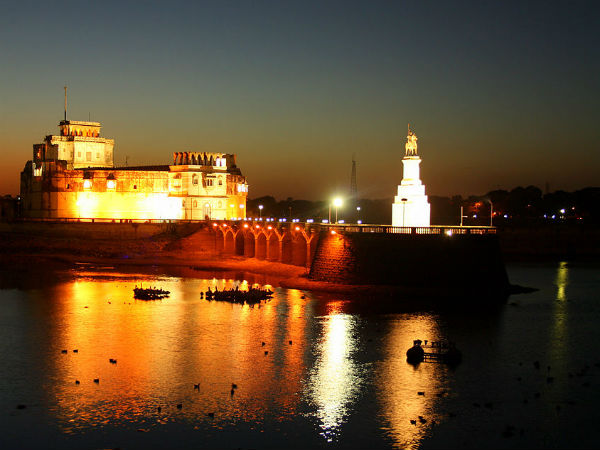 Rajkot is one of the largest urban settlements in the state of Gujarat and is popular for its historical landmarks which dot its entire land. However, if you are tired of exploring the corners of Rajkot and are done with studying its rich history and culture, then you must look around this fast-growing city to witness the actual splendours of Gujarat.

Even though Gujarat has everything within its boundaries, ranging from historical places to religious sites and beaches to lakes, it is mainly popular amongst tourists, coming from all over the world, for its ancient sites and religious centres, which have been witnessing these visitors in millions every year.

If you are keen on learning more about Gujarat and contemplating it brilliance, then following are the must-visit weekend getaways from Rajkot which you cannot afford to miss if you love travelling. Read on to know more about these enthralling beauties and their respective distances from Rajkot.

Located in the Kutch district, Bhuj is an ancient town of several historical landmarks which have been narrating the glorious past of the region for centuries. As per records, it is believed to have been founded during the early 16th century by Rao Hamir and was declared as the capital of Kutch region by a Jadeja Rajput.

Today, it is visited by thousands of tourists from all over the world every year. From lakes to temples, forts to hills and palaces to other historical sites, you can spot a lot of tourist places within the boundaries of Bhuj.

These places include Hamirsar Lake, Bhujia Fort, Prag Mahal, Aina Mahal, Swaminarayan Temple and Kutch Museum. If you are looking forward to learning in detail about the ancient Kutch state during the 16th century, then you must plan a trip to Bhuj. It is certainly a beauty lurking in the historical aisles of Gujarat.

Mandvi is one of the few places in Gujarat which can certainly soothe your nerves and let you feel the grandeur of nature. Once a summer destination for the kings of the Kutch state, Mandvi is a famous tourist spot today, which is frequented by innumerable locals and seasonal tourist on a regular basis.

Famous for its charming beaches and other historical sites, it can be reached within 5 h from Rajkot; therefore, it makes for an ideal weekend destination away from the city crowd amid seclusion around beaches, palaces and lakes.

Commonly known as the birthplace of Mahatma Gandhi, Porbandar is one of the ancient settlements in the world as several remains from the time of the Harappan Civilisation have been found within its boundaries. Being such an old settlement, how can one not expect tourist sites in the form of historical places here?

Ruled by several dynasties until it came under the control of the British, Porbandar is a sure-shot place to explore, especially for a history lover. Apart from ancient marvels, you can also spot here numerous natural sites which include sanctuaries and beautiful parks.

Once you have reached Porbandar, the major places which you must visit include Huzoor Palace, Kirti Mandir, Rana Bapu's Mahal, Porbandar Bird Sanctuary, Tara Mandir and Barda Hills Wildlife Sanctuary.

Also known as Paris of Saurashtra, Jamnagar is a beautiful weekend getaway from Rajkot and is popular for its majestic palaces, charming lakes and beautiful temples. If you are looking for a place where you can find everything related to the history of Gujarat, then Jamnagar is one of the few stoppages which you shouldn't miss exploring.

It is also known for its oil refineries. Jamnagar was founded during the 16th century by Jam Rawal, a king of Nawanagar dynasty. The prominent places to explore here include Lakhota Fort and Lake, Darbargadh Palace, Pratap Vilas Palace, Balachadi Beach, Marine National Park, Jogger's Park and Vardhman Shah's Temple.

One of the most beautiful places in Gujarat, the Great Rann of Kutch is located in the Thar Desert and is a long stretch of a salt marsh. It is one of the richest parts of Gujarat, which have been nurturing wildlife and natural beauties since their outset.

Providing its visitors with spectacular views at the time of dawn and dusk, this salt desert is certainly a beauty which shouldn't be ignored by any tourist or traveller. So, what do you think of planning a trip to this wondrous expansion of nature, which is one of the largest salt marshes in the world?