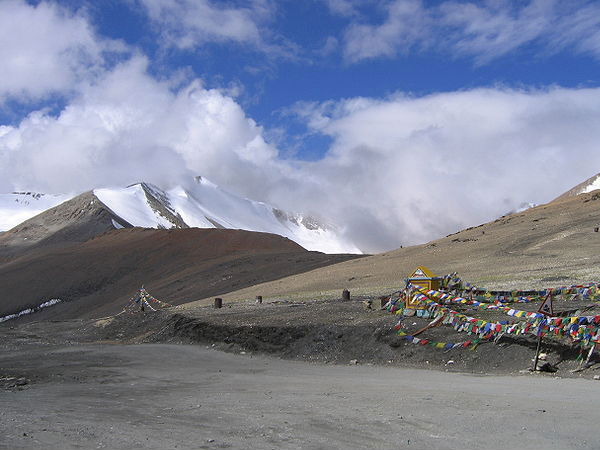 September is a post-monsoon season in most places of India. This is the best time to visit tourist places as one gets to see a good climate.

Just after the rains, the land will be wet and green. To see such scenic landscapes is perfect during September.

These September holiday destinations in North India are the best places to visit. Tourism in September slightly increases because people would have missed trips during rains.

Have a look at these places to visit in North India this September!

Manali is a hill station in the Beas River Valley. This beautiful place is a popular tourist place in North India.
Manali is believed to be "the abode of sage Manu", and there is an ancient temple dedicated to Manu. Many legends are associated with this place, Hence it is also known as "the Valley of Gods".
Beas Kund, Hindimba Temple, Maa Sharvari Temple, Rahala Waterfalls, Old Manali , Naggar are some of the places to visit around Manali.
Photo Courtesy: Virdi

Mussoorie is 28 km from Dehradun. Situated in the foot hills of Garhwal Himalayan ranges, is also called as "the Queen of the Hills".
The hill station is full of greenery and provides an amazing view of Shiwalik and Doon Valley. La Tibba is the highest point of view in Mussoorie.
Kempty Falls, Lake Mist, Mussoorie Lake, Nahata Estate, Municipal Garden, Gun Hill are some of the places to visit in Mussoorie.
Photo Courtesy: Mohithdotnet

Nainital is a hillstation located in the foot hills of Kumaon. It is placed around a pear-shaped lake in the valley.Tourism in Nainital raises during summers and is a famous tourist destination. Naintal gets its name from a legend of Sati( Parvati); is also considered as a place of religious importance.
It is also one of the top september destinations in North India.

Ladakh is one of the most famous tourist destinations in North India. It is one of the less populated place in Jammu and Kashmir.
Surrounded by beautiful mountain ranges and valleys, Ladakh is popular for various trekking and cycling expeditions.
Ladakh is also high altitude desert because the himalayas restrict the entry of rain. The major source of water is the winter snowfall and the Indus river.
These enchanting landscapes make a perfect September holiday destination in North India.
Photo Courtesy: Deeptrivia

Somnath is a famous tourist and pilgrim spot in Saurashtra. Somnath temple is considered the first among the 12 Jyotirlinga shrines in India.
The temple is situated on the seashore and is believed to be in such a position where there is no land in a straight line between the seashore till Antarctica. There is an inscription mentioned in Sanskrit on the "Arrow Piller" near the temple.
Somnath is a must visit place during September.

Mount Abu is a hill station in Aravalli range. Popularly known as "an oasis in the desert", it is one of the major tourist places in North India.
Mount Abu Wildlife Sanctuary, Adhar Devi temple, Guru shikar peak, Nakki lake, Achalgarh fort, Dilwara temples are some of the places around the hill station.
Photo Courtesy: Dcalfine

Alibag is a coastal town in Konkan region. The name Alibag came from a rich Bene Israelite Ali who used to stay in the area. Even today Bene Israeli Jews stay in and around Alibag.
Alibag is known for tourism and it is one of the main industries. Alibag fort, Alibag beach, Siddheshwar Mandir neat Khandale, Varsoli beach, etc. are the places to visit in Alibag. There are many more attractions in and around Alibag which make a perfect holiday destinations.