The Beautiful District Of Chhindwara And Its Astounding Tourist Spots 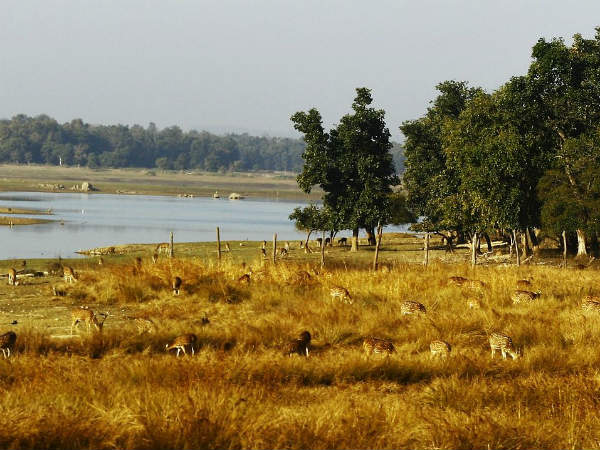 The largest district in Madhya Pradesh, Chhindwara is one of the most beautiful places in the state on account of the presence of hundreds of tourist destinations within its boundaries. From forests to rivers, forts to museums and temples to hills, there is a lot to savour here. Chhindwara is located in the vicinity of the Satpura Range and dates back to the period of King Bhakt Bulund, who lived during the 3rd century. Therefore, one can find several ancient sites within its boundaries today.

Are you looking for a weekend getaway in Madhya Pradesh where you can relish the beauty of history and nature simultaneously? If yes, then you must plan a tour of Chhindwara. Following is the list of major places here which will certainly interest you. Read on to know more about them.

One of the prominent places where one can learn about the history of Chhindwara, Devgarh Fort is located at a distance of about 40 km from the city centre on a small hill and is surrounded by beautiful dense vegetation. As per historical records, the fort was built by King Jatav of the Gond dynasty several centuries ago when Devgarh served as the capital of the Gond Empire.

Today, the fort is lying in ruins and is only visited by locals and a few offbeat travellers. Do you know it is believed that there is a secret tunnel in the fort which opens up in Nagpur? Well, nobody could ever find out more about this tunnel.

Another attraction which attracts several local devotees and seasonal tourists, Shrishti Mata Mandir is a small yet beautiful temple in Kapurdha at a distance of about 45 km from the main town of Chhindwara and was built in the year 1939 by a local businessman.

Today, the temple has become a highly revered Hindu site amongst locals, and hence people come here every day to provide Goddess Shrashti with offerings and get heavenly blessings in return. The soothing ambience of the temple is another reason for its popularity amongst tourists.

Located in the midst of deep lush green valleys, Patalkot is a beautiful town of religious as well as historical significance in the Chhindwara district. As per Hindu mythology, it is believed to be the place where Meghnath, the brother of demon-king Ravana, worshipped Lord Shiva.

Today, Patalkot is popular amongst tourists for its green hills and beautiful landscapes. If you are looking forward to taking a break amid serenity, then Patalkot is an ideal place for you in Chhindwara.

Spread around Pench river, this mesmerising national park is one of the oldest regions in Chhindwara and is believed to be the place where Rudyard Kipling was inspired to pen down The Jungle Book, one of the most famous books of all time.

It is home to hundreds of rare and endangered species of plants and animals, such as Bengal tiger, wild boar and jackal. On account of the presence of more than 200 colourful species of birds, it has become every bird-watcher's paradise.

One of the most famous museums in Madhya Pradesh, Tribal Museum was established in the year 1954. However, it gained the status of State Museum in the year 1975. If you wish to trace the history of tribal culture in Madhya Pradesh, then you cannot find a better place than Tribal Museum. It houses a vast collection of things related to different tribes in the state, ranging from clothes to ornaments and agricultural tools to arms.

Dedicated to Lord Shiva, Pataleshwara Temple is a historical as well as a religious site; hence, it is equally popular amongst Hindu devotees and history lovers. Even though the exact history of the temple is still unknown, it is believed to have been founded hundreds of years ago when the locals unearthed a statue of Lord Shiva in the vicinity of the temple site. Did you know that some ashes of Mahatma Gandhi were thrown in the stepwell of this temple?

Located at a distance of about 90 km from the centre of Chhindwara, Pandhurna is a small town and is a famous for celebrating Gotmar, a unique fair in which a tree trunk with a flag is placed in the middle of the river Jam and people on either side of the river try to remove the flag by throwing stones at it.

Comments
Read more about: india travel tourism hills forts parks wildlife temples museums bhopal
Other articles published on Aug 28, 2018
We use cookies to ensure that we give you the best experience on our website. This includes cookies from third party social media websites and ad networks. Such third party cookies may track your use on Nativeplanet sites for better rendering. Our partners use cookies to ensure we show you advertising that is relevant to you. If you continue without changing your settings, we'll assume that you are happy to receive all cookies on Nativeplanet website. However, you can change your cookie settings at any time. Learn more
Change Settings Continue