Sisupalgarh Near Bhubaneswar – The Fort Built Before The Common Era 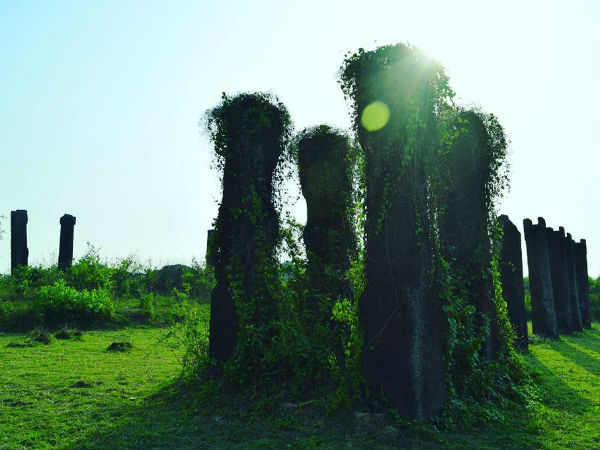 We all know Odisha is one of the least-explored states in the country. Despite home to some of the oldest sites in the form of forts and temples, it remains a hidden destination throughout the year. However, in recent times, it has gained fame amongst history lovers who come here to explore the rich history that Odisha has in store to be explored. Do you know Odisha is home to some of the oldest monuments in the country today? If not, then you must plan a trip of the ruined Sisupalgarh, which is believed to be one of the oldest-known fortifications in India and is located in the Khordha district of the state. So, if you would love to backpack through the corridors of history, then read on to know more about Sisupalgarh, its location and surroundings and how to reach it.

The History And Surroundings Of Sisupalgarh

As per records, the history of Sisupalgarh dates back to the period before the Common Era in between the 3rd and 5th century. Hence, it would be right to say that Sisupalgarh is one of the oldest-known forts in the world.

This fortified city is said to have been established by a local king who wanted to secure his kingdom from invasions. During that period, Sisupalgarh was one of the major political centres in the country. It had a population of about 25000, which was actually more than 2 times to that of Athens.

It certainly clears the importance of Sisupalgarh in the chapters of early Indian history. Today, the fort is lying in ruins and is under the maintenance of the Archaeological Survey of India.

Why You Should Visit Sisupalgarh

If you travelling offbeat and always look forward to exploring new places and confronting hidden marvels of ancient India, then you must plan a trip to Sisupalgarh. Even though the fort is in ruins, it still narrates the age-old legends of existence and survival through its collapsed structure. Apart from scrutinising the fort, you can also explore its nearby attractions, which include the Kuakhai River and other significant temples.

Best Time To Visit The Fort

The region in and around Sisupalgarh experiences a hot weather during the summers, and hence the best time to explore its beauty is from October until the end of March. This is the period when the climatic conditions are favourable, and therefore, you can explore places comfortably.

By Air: The nearest airport to Sisupalgarh is located in Bhubaneswar at a distance of about 7 km, and hence it is easily accessible. From the airport, you can take a direct taxi to reach the fort.

By Rail: Bhubaneswar is well connected to all other cities and towns of the country by rail. Therefore, you can take a direct train to Bhubaneswar and then from there, you can hire a cab to reach Sisupalgarh.

By Road: Sisupalgarh has a commendable network of roads and is easily approachable by road.