The Surreal Mahoba, An Offbeat Gem In Uttar Pradesh 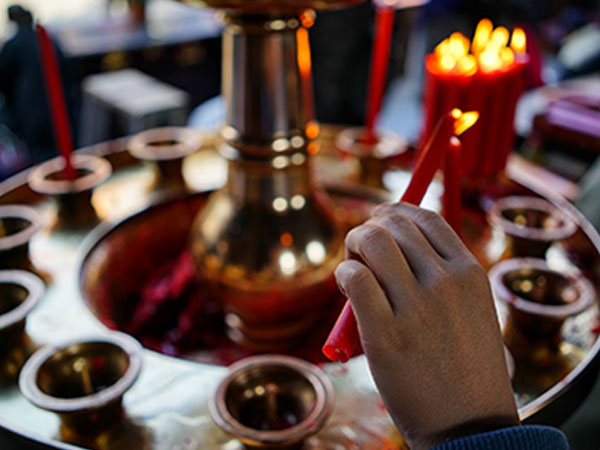 The Chandelas were famous as fearsome warriors and great builders, and no surprises, that Mahoba hosts several interesting monuments, buildings and religious sites. Formerly known by several names of Patanpur, Kekaipur and Ratanpur, the word Mahoba is derived from the words 'Mahotsav Nagar', which literally translates to the city of great festivals. With such rich and glorious history, the town becomes a special destination among travellers. Rich in culture and architecture, here are some of the must-visit parts of the town.

How To Reach Mahoba

By Air: The nearest airport to Mahoba is located at Khajuraho, which is approximately at a distance of 54 km away from the place. Frequent cab services are available from the airport.

By Rail: Mahoba's railhead, the Mahoba Junction is frequented by regular trains from all the major parts of the country.

By Road: Mahoba is well connected to other major cities of India via regular buses. Regular buses are available from its bus terminus, which is located in the heart of the town.

The winter months are the most pleasant time to visit this town. In the months of November to February, the weather remains pleasant with an average temperature of 20°C to 25°C.

The Kakramath temple in Mahoba, is a great cultural centre and has a rich history behind its subsistence. The entire temple is made of granite and is so well preserved, that it is a major crowd puller till date. The architechtural structure and built of the shrine is similar to the temples of Khajuraho. The Kakramath temple is dedicated to the Hindu mythological figure of Lord Shiva and the tranquil spiritual atmosphere of the place, makes it a favoured spot both among the tourists and the locals. The temple also houses other shrines dedicated to many other Hindu deities. The temple is always busy with tourists and devotees from all around the world and makes for a popular tourist destination in Mahoba.

With long wide stretches of greenery, the Vijay Sagar Pakshi Vihar is considered as one of the most beautiful parts of the town. Located at a distance of just 5 km from the main town, the Vijay Sagar Pakshi Vihar is highlighted and known as a paradise for bird lovers. With lush green pastures stretching over long wide areas of land, this picturesque bird sanctuary is home to several beautiful migratory birds. Thousands of birds, from various breeds, flocking around, in an array of bright shades, makes one magnificent sight to behold. The sanctuary is flanked by the manmade Vijay Sagar Lake, constructed by Vijay Pal Chandela from 1035 to 1060 AD. With aeons of history and heritage, the sanctuary, needless to say, make for a great place to visit.

The Sun temple, constructed centuries ago by a Chandela ruler, stands tall and mighty to the west of Rahila Sagar. The shrine is constructed back in the days, when the Chandela ruler Rahila ruled, which is in the years of and between 890 and 910 A.D. Built in the 9th century, the temple is made of granite, and stands as one of the finest specimens of the Pratihara architectural style in the region. This historical place has undergone a few changes over the years and hardly manages to get the attention it so greatly deserves. This is so, as this historical site is gradually dwindling with years of neglect. Owing to the low maintenance and discolouration, the brilliance of the shrine's architecture is lost for the eyes of a traveller or a visitor. If you have an eye for architecture, you will most certainly overlook its blemishes and enjoy the stunning Pratihara artisanship of the temple.

Raja Ka Tal, in Mahoba makes for an important tourist destination in the town. Locally referred to as Bara Tal, the place is a large manmade lake, constructed and built by King Senapati, the grandson of Maharaja Chhatrasal, in the year, 1707 AD. Dating back to the 18th century, the reservoir fans out for over an area of 2 sq. km. It was built with the objective, of solving the drinking water issues of the region. With its striking milieu and serene surroundings, the Raj Ka Tal makes for a perfect place for lazy evening strolls to family outings.