Nativeplanet
»
Travel guide
»Pack Your Bags To Bir – One Of The Best Paragliding Sites In The World!

Pack Your Bags To Bir – One Of The Best Paragliding Sites In The World! 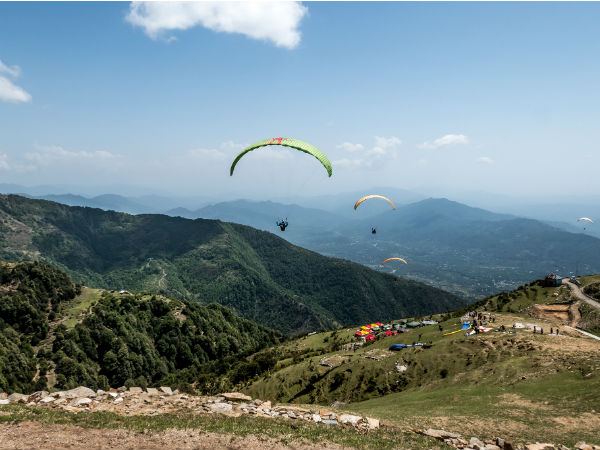 If heaven had to look like a place in India, Himachal Pradesh would be the right example. With breathtaking landscapes and lush green or snow-clad mountains scattered everywhere, Himachal Pradesh offers tourists a lot of activities due to its undulating terrain and natural resources.

Popularly known as the "Paragliding Capital of India", Bir is a tiny village located in Himachal Pradesh. Since the place of landing for paragliding is Bir and the take-off place is Billing, the location is often referred together as 'Bir Billing'.

Apart from being a spectacular location for paragliding and hang-gliding, Bir is notable for ecotourism and meditation or spiritual centres. So head to Bir when all you need in life is to indulge in adventure activities, find a new perspective or just some tranquillity!

Bir has now become one the best sites of paragliding in the world! In fact it comes second to the best, right after Lake Como in Italy!! If you're up for an adventure of a lifetime, you must head to Bir right away.

The breathtaking experience of floating through the sky while watching the whole world below you, the vistas of trees, mountains and more is something that simply cannot be understood by words! Bir is the perfect destination for this experience since it has an exceptional world-class service for paragliding.

The take-off is from Billing, a village located 14 km from Bir. The take-off happens from an altitude of 8530 ft, and due to its natural setting as a take-off centre, Billing is perfect to begin the paragliding experience from.

There are many packages available for paragliding. It can be done in two main ways. One, is with the help of a paragliding expert who will stay with you throughout the gliding experience, while they do the take-off and landing and you must just stay still and absorb the entire journey.

Two, is joining a one or two-week paragliding course at Bir, where they teach you how to go about it on your own. This one's definitely for the adventure bugs!

Since Bir remains cold throughout the year, the summer months of April to June are pleasant and balmy, the idea time to visit. However, October and November is the peak season for paragliding at Bir. Paragliding will be closed during the monsoon months of July to September.

Other Activities At Bir

The small town of Bir is a wonder packed with so many things to do. Apart from Paragliding Bir is also famous for camping, hang-gliding and trekking.

Hang-gliding is an enthralling experience, wherein a sailcloth over a rigid metal frame is stretched and makes a triangular shape, that floats through the air. The form of operating this gilder is completely different from that of paragliding.

For those who have acrophobia or simply cannot fathom the idea of gliding in the air, trekking is the adventure for you. The route from Bir to Billing has rock hard terrain, making it a good place for trekking. You may camp at Billing, lay back and watch the spectacular view of the Kangra Valley and Beas Valley. It is advised to carry camping materials from Bir since nothing is available in Billing.

By Rail: The nearest rail-head to Bir is the Pathankot Railway Station, which is located 142 km away. From Pathankot a toy train is available till Ahju, a town just 5 km from Bir. This toy train will take you through the magnificent vistas of Himachal Pradesh.

By Road: Regular local buses are available that connects to cities like Dharmasala, Shimla, Palampur, Manali etc. Taxis can also be hired to reach Bir.