Korigad In Maharashtra – A Magnificent Fort Built Amid Heaven 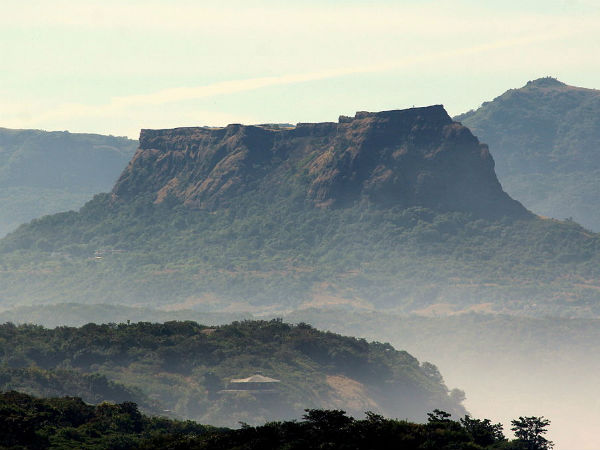 Maharashtra is one of the few states in India which have forts and palaces counted in hundreds. Therefore, you can find each and every district of this beautiful state dotted with several monuments in the form of forts and palaces. Some are settled on the plains, a few amidst rivers and numerous atop hills. Korigad Fort is one amongst these forts in Maharashtra and is located atop a hill.

Popular for its heavenly appearance, Korigad Fort is a treat to your eyes and hence, it must be savoured by tourists and travellers. Apart from exploring its aesthetic beauty, you also get to learn a lot about the history of Maharashtra and how this fort captured the frame in the past. So, read on to know more about this magnificent fort, Korigad in Maharashtra, which can lead you through history in seclusion.

The region in and around Korigad Fort remains moderate throughout the year; hence, you can enjoy the beauty of a cool atmosphere and a favourable climate here anytime during a year. However, you need to be careful while trekking up this hill, as during the monsoon season, the tracks are slippery and dangerous. If you desire to avoid visiting Korigad during the monsoon season, then the best time to explore it is from September until the end of March.

The History And Location Of The Fort

Located in the Pune district of Maharashtra at a distance of about 25 km from the hill station of Lonavala, Korigad is said to have been established during the early 16th century. However, the accurate date of its formation is still known. The small town settlement of Aamby Valley is located on the southern and eastern sides of this hill fort.

With an elevation of about 3028 feet, Korigad is one of the highest forts in India and hence, it is also a perfect destination for trekkers, apart from history lovers. As per records, the fort has been ruled by numerous kings and dynasties over several centuries.

For a long period of time, it was unknown to rulers and was left abandoned until Maratha King Shivaji took it under his control, thereby, making it a part of his kingdom. Today, it has become one of the favourite weekend getaways from Pune and hence, it witnesses history lovers and trekkers in thousands every year.

Why You Must Visit This Magnificent Fort

Korigad has a lot on offer to provide its visitors, ranging from trekking trails to lush greenery and historical aisles to serene atmosphere. Who wouldn't love to experience such an amazing journey which leads to a fort situated amidst heaven? You can also spot a beautiful lake within the compound of the fort, which in turn, enhances the natural charm of the place.

As the region of Korigad is surrounded by several hills, you can go paragliding and camping in the nearby sites. If you desire to go spiritual, then you can also visit Goddess Koradi Devi Temple, which is located atop the hill near the Korigad Lake. So, isn't it a heavenly beauty which must be explored by every tourist, especially offbeat travellers?

Nearby Places To Explore

Once you are done with exploring the ancient corners of Korigad and fathoming its greatness in all perspectives, you can look beyond and visit its nearby tourists spots which will certainly interest you. These places include Bhaja Caves, Rajmachi Park, viewpoints of Lonavala, Lonavala Lake, Pawna Lake and Karla Caves.

By Air: The best way to reach Korigad by air is to take a flight to the nearby airport located in Pune at a distance of about 95 km. Once you have reached the airport, it is wise to hire a cab to reach the base of the hill, from where you need go trekking to reach the fort.

By Rail: The nearest railway station from Korigad Fort is at Lonavala, which is well connected to nearby cities like Mumbai and Pune by rail. From the station, you can hire a cab to Korigad. It will take you an approximate time of 1 h to reach your destination from the station.

By Road: You can easily reach the base of the hill by road and hence, it is one of the most preferred modes of transport while embarking on a journey to Korigad. From the base, you need to trek up the hill to reach Korigad Fort.

Comments
Read more about: india travel summer tourism maharashtra forts hills valleys lonavala pune
Other articles published on Jun 13, 2018
We use cookies to ensure that we give you the best experience on our website. This includes cookies from third party social media websites and ad networks. Such third party cookies may track your use on Nativeplanet sites for better rendering. Our partners use cookies to ensure we show you advertising that is relevant to you. If you continue without changing your settings, we'll assume that you are happy to receive all cookies on Nativeplanet website. However, you can change your cookie settings at any time. Learn more
Change Settings Continue