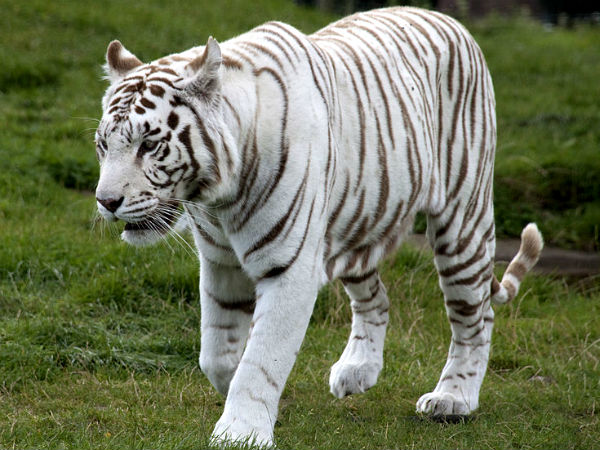 A little towards the north-eastern part of Madhya Pradesh lies the quaint district of Rewa. Rewa is an alternative name for river Narmada and is located about 420 km from Bhopal, the state capital. It is nestled in the laps of nature, with serene waterfalls and greenery spread across the region.

What's unique about Rewa is that it is home to the world's first white tiger sanctuary, which is located in a tiny village called Mukundpur. Mukundpur is located about 20 km from the city of Rewa and is home to white tigers; the result of a gene mutation of the royal Bengal tiger.

History Of The White Tigers

Now found in the Mukundpur Zoo, these white tigers were first caught and introduced to the region by Martand Singh in 1951, from the Bargadi forest in Sidhi district to Rewa. He was named Mohan and was protected along with two other female white tigers in order to increase their population. Now you may witness the white tigress, Vindhya, on your visit to the zoo.

The safari timings is between 9 am to 5 pm and costs Rs 100 for bus safari for adults and Rs 50 for children upto 12 years. Golf carts and walking tours are also available. The sanctuary is open for commercial filming for Rs 4000 per day.

Some of the other animals you can expect to witness at this sanctuary include chinkara, gaur, panther, black buck, to name a few. Head to Mukundpur for the world's first white tiger safari and witness these animals roaming in their natural habitat.

Places To Visit In Rewa

If there is one notable thing about Rewa's pristine nature, then it is the numerous waterfalls that surround the place. Purwa Falls is one such beautiful waterfall that is dropping from a height of 230 ft. Another waterfall is the Keoti Falls that drops from an elevation of 321 ft and serves as a source of drinking water for the farmers of the region.

This beautiful palace of Rewa used to be the summer capital of Maharaja Rewa. Rewa, in fact, used to be an enormous princely state. Govindgarh literally translates to Mini Vrindavan and it was the area where Martand Singh let go of Mohan, the white tiger.

Apart from lush greenery and scenic vistas, the fort palace is surrounded by several temples like Panchmukhi Temple, Shiv Temple, Hanuman Temple, to name a few.

Other Points Of Interest

Rewa is not only home to natural resources and white tigers, but also to the rich heritage of the past. Visit the Baghela Museum, home to weapons and arms used during the Baghela dynasty, along with a gallery that is in honour of the white tiger, Mohan.

Deur Kothar is the region where Buddhist stupas belonging to the time of Emperor Ashoka were excavated. It has Brahmi inscriptions on pillars that were discovered in the site. Viyankat Bhawan and Bhairavnath Statue are few other places of interest.

Things To Do In Rewa

Other than going on a white tiger safari and sightseeing, stop at any local store to buy the local handicrafts. Rewa is popular for handicrafts like terracotta, paintings, marble artefacts, etc.; therefore, a souvenir in the form of handicrafts is ideal.

Attend the Vindhya Mahotsav, a festival organised by the Madhya Pradesh tourism in order to promote the heritage of the Vindhya region along with promoting tourism. Witness the art, dance and music of Madhya Pradesh. The festival usually happens during the month of April.

Comments
Read more about: travel india nature wildlife madhya pradesh
Other articles published on Nov 21, 2017
We use cookies to ensure that we give you the best experience on our website. This includes cookies from third party social media websites and ad networks. Such third party cookies may track your use on Nativeplanet sites for better rendering. Our partners use cookies to ensure we show you advertising that is relevant to you. If you continue without changing your settings, we'll assume that you are happy to receive all cookies on Nativeplanet website. However, you can change your cookie settings at any time. Learn more
Change Settings Continue