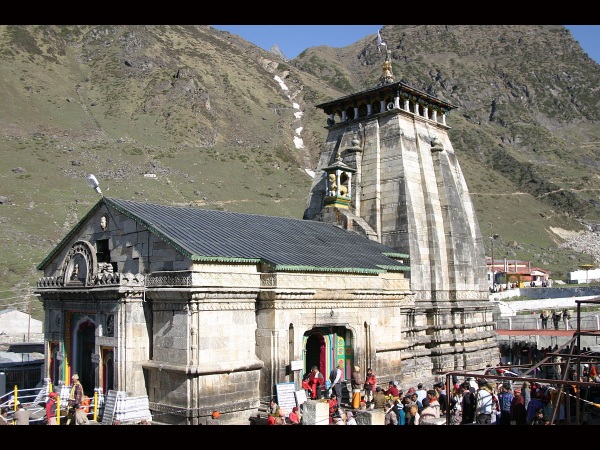 Uttarakhand is one of the top tourist destinations of the Northern part of India. It is known for its trekking places, pilgrimage centres and other tourist attractions. There are many legends that justify the land as a major pilgrimage destination of India.

Some of the most popular attractions of Uttarakhand are Nainital, Mussoorie, Yamuna Bridge, Jim Corbett National Park, Nanda Devi National Park and Lakshmi Ashram amongst the rest. The state also boasts of some of the unique temples in India which are also famous tourist destinations. This peculiarity has earned Uttarakhand the tag 'Land of Gods'.

There are some temples that are not to be missed when you are on a pilgrimage tour to Uttarakhand. Let us take a quick glance at some of the best temples of the state that you can visit on your next trip to the place.

Badrinath Temple or Badrinarayan Temple is one of the Char Dham and Chota Char Dham pilgrimage sites. It is also one among the 108 Divya deshams (holy temples dedicated to Lord Vishnu) worshipped by Vaishnavites. Due to the extreme climatic conditions of the Himalayan region, the temple is only open for 6 months of the year (from the end of April to the beginning of November).

Kedarnath Temple is one of the mist revered temples of Uttarakhand. The temple is dedicated to Lord Shiva, and is located at the Garhwal Himalayan ranges near river Mandakini in Kedarnath. The pilgrim centre is believed to have been built by the Pandavas and revived by Adi Sankaracharya as one of the 12 Jyotirlingas.

The Tungnath Shiva temple is the highest Shiva temple of the world. This 1000 year old temple is located just below the peak of Chandrashila, and is among the most important Shiva temples of the country. The temple is believed to be built by Pandavas and has legends in Hindu mythology connected to the temple.

Mansa Devi Temple is located in Haridwar of Uttarakhand. Erectd atop the Bilwa Parvat of Shivalik ranges, the temple is also known as Bilwa Tirth and is one among the Panch Tirth (five pilgrimages) of Haridwar. The temple is dedicatd to Manasa, a form of Shakti, which is believed to have born from the mind of Lord Shiva. It is also believed that the Goddess grants all the wishes of a true devotee.

Rudranath Temple, located at the Garhwal ranges, is a temple dedicated to Lord Shiva. This natural rock temple is one of the temples visited in the Panch Kedar pilgrimage circuit. The face of Lord Shiva is worshipped here as Neelkanth Mahadeva.

Located on the outskirts of Jim Corbett National Park, Garjiya Devi Temple is a Shakti shrine where Garjiya Devi is the presiding deity. Karthik Purnima festival is one among the major festivals of the temple.

Located at the Garhwal ranges in Uttarakhand, Kalpeswar Temple is dedicated to Lord Shiva, and is the fifth temple in the Panch Kedar circuit. It is also the only Panch KEdar temple that can be visited throughout the year.

Tapkeshwar Temple, also known as Tapkeshwar Mahadev Temple, is one of the most famous temples dedicated to Lord Shiva. The main shivalinga of the temple is placed inside a natural cave. The drops of water that trickle down the ceiling of the cave is a beautiful sight to marvel.

Comments
Read more about: travel india uttarakhand temples religious travel
Other articles published on Jan 5, 2017
We use cookies to ensure that we give you the best experience on our website. This includes cookies from third party social media websites and ad networks. Such third party cookies may track your use on Nativeplanet sites for better rendering. Our partners use cookies to ensure we show you advertising that is relevant to you. If you continue without changing your settings, we'll assume that you are happy to receive all cookies on Nativeplanet website. However, you can change your cookie settings at any time. Learn more
Change Settings Continue