Nativeplanet
»
Travel guide
»Arikamedu in Pondicherry: The Only Indian Port Where Indians Traded With Romans

Arikamedu in Pondicherry: The Only Indian Port Where Indians Traded With Romans 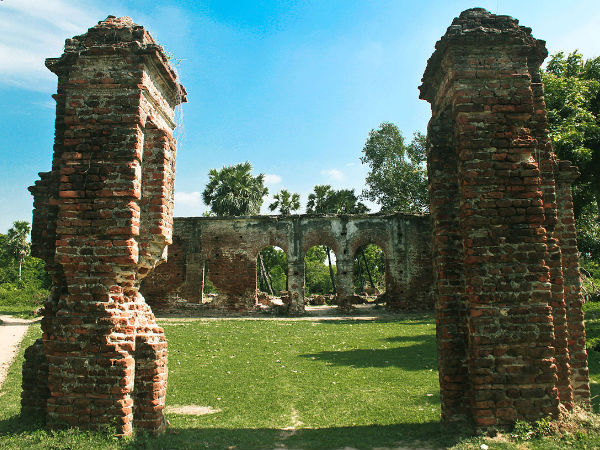 Pondicherry is a famous tourist destination and is known for its lovely beaches and French colonisation that gives it a foreign blend in culture and history. Have you heard of Arikamedu which can be covered on a trip to Pondy?

Arikamedu is the only port in India where the Tamilians traded with Romans. Let us take a tour of this place and get to know more about this lesser known place here.

Arikamedu is an archaeological site which is located around 5km from Pondicherry. This ancient Roman trade centre is one of the places around Pondicherry that is not to be missed. History lovers and archaeology enthusiasts find this place interesting and explore-worthy.

The place has been inhabited by people from different parts of the world and they have also left their marks on the land for us to revisit the past of Arikamedu. The Romans, Cholas and the French have made this place significant due to its historical relevance.

This fishing colony was a major trade centre among Indians and Romans. The Cholas also have played an important roles in trading items, which is clearly visible in the coins found, which are as old as 1 B. C. Apart from the trade with Romans, Arikamedu was also a hub of activities like trading with other megalithic sites like Kaveripattinam, Alagankukulam, Suttukeni and Musiri.

The excavations and findings say that Arikamedu in Pondicherry was a major trading centre with trade of many items that include the export of textile, semiprecious gems, beads, glass and shell bangles. Wine is believed to have been one among the most imported goods. Though it is said that Arikamedu was abandoned around 200 AD, the coins and other findings reveal that the land was occupied from 300 AD to 700 AD. The findings from this region include Chola coins, East Asian glazed ceramics, Chinese Celadon pottery, etc.

Apart from a few structural ruins, the region has nothing much to be explored here today. The traces of mission houses and some perpendicular walls belonging to the past can be seen here. Many of the artefacts related to the history of the land are preserved in Puducherry Museum. A visit to the Museum will help you get to know more about the findings from Arikamedu.

Here's how to reach Pondicherry.

Other Places to Visit in Pondicherry

Pondicherry has some other attractions to explore. Click to know more.