Nativeplanet
»
Travel guide
»Agasthyamala: A Trek to the Paradise For a Total Rejuvenation

Agasthyamala: A Trek to the Paradise For a Total Rejuvenation 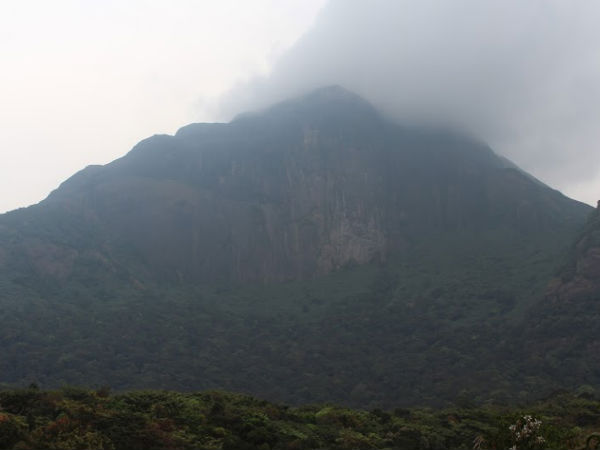 Feeling a trek experience is always mind blowing than reading it. So get ready to book to glance the paradise from the nature's terrace. Here's taking you through a journey taken by G. Sridharan, an avid traveller...

Agasthyamala, one of the highest peak in western ghats of Kerala with an altitude of 1868m. It is a part of the Agasthyamala Biosphere Reserve (ABR), which was established in 2001 under the guidelines of UNESCO Man And Biosphere Programme.

In the core zone of Agasthayamala Hill, human activities are completely banned. Buffer zones can be modified by strict regulations and in the transition zone people are permitted under the strict guidelines.

Some of the core zones are situated in Tamil Nadu which is the part of tiger reserve area. Agasthyamala is rich in medicinal herbs having around 2000 species. Medical journals have also published about "Arogyapacha" an extra-ordinary herbal plant available here which is used by local tribes for a quick energy booster.

Agasthyarkoodam aka Agasthyamala as the name implies is about the sage named Agasthiyar. He is known as the father of Tamil literature and also a great philosopher with a wide knowledge in the field of medicine.

It is believed that he might have lived in the era around 3000 BC. The hill is named after him under the belief that he stayed here and passed through the Podhigai mountain while en route to Kerala.

Kerala government is allowing public for trekking and pilgrimage trips only for 60 days starting from January 15th every year; limiting the numbers by 100 persons per day with a reasonable fee under strict guidelines. The two-phase total one-way trek distance is 24 km with average journey time of 10hr excluding stay.

To begin the first phase of the trek you need to reach "Medicinal Plants Conservation Area, Information Centre" at Bonaccord (585m altitude). Here entry pass verification and scanning the luggage for plastics, liquor etc. are done by the forest officials.

The Bonaccord is a tea estate maintained by the British/France people who have named it as Bon-Accord in French, literally meaning Good-Agreement in English. Now it is colloquially called as Bonaccadu.

Forest Department has setup five camps throughout the route. Government has appointed local tribal guides to accompany the trekker groups in uniforms; they are very much friendly and cooperative. So, no need to fear about on-the-way sickness or extreme exhausting situations.

Better to take a walking stick from Ochlandra-bamboo plant available in forest office, which helps a lot during the trek in the rocky and hilly terrains. Hydrating ready-to-eat eatables are better while trekking apart from breakfast and lunch.

Initial trek path is smooth with a feeling of entering forest from the city. After a while the path will become thrilling with ups and down, surely you will be used to it by now as you are slowly mingling with jungle. There are three notable streams in the route Karamanayar, Vazhapindiyar and Attayar.

A close look of Vazhapindiyar

At the altitude of 570m, a perennial waterfall called Vazhapindiyar with herbal aromatic chilling water is great to get quick rejuvenation from walking tiredness. Next the stream Attayar is a nice place to get rest at noon. Purest and far better than the bottled branded water can be availed in small streams throughout the journey.

Another notable area after a rocky stretch is thick evergreen grasslands with long stoney path. The roasting sun rays tests our body's capability of hydration even at this altitude of 750m but the picturesque nature will make your eyes full and forget the tiredness of dehydration.

A path in the grasslands

Never appreciate yourself after crossing this difficulty, a real stamina testing test begins at the end of grasslands. The stretch is colloquially called as muttidichan-theri, a knee-hitting stretch. A long steep rocky terrain with gigantic tree roots crossings will squeeze out your sweat while walking at the altitude around 800m. Another cautious word here is frequent wild elephant crossings may happen.

After climbing, a plain stretch will make you relax before reaching the Athirumala base camp. The camp located at 14Km from Bonaccord forest office at an altitude of 1000m with temporary stay will feel like a great p(a)lace in that occasion.

It is a small plain area with a chilling windy weather having a nice stream for bathing. Wild animals may roam here after the dusk so better not go out of the safety trenches around the camp.

An appreciable work by the forest department is they built good restrooms and have maintained it properly. The camp is equipped with only solar power lamps which glows till 10pm. A temporary government-run canteen serves Kerala's traditional dinner, breakfast and lunch with tea and coffee at a very decent price. Especially, chukku-coffee will give you soothing warmness and heal your throat in no time in that weather.

The second phase of the trek is a bit strenuous one, so leaving early morning by 7 am towards Agasthyamala is always better. Pure oxygen in the lush green forest acts as a catalyst for your energy . Throughout this path better to move as a group because you are intruding bear and elephant's regular path. Around 3 km walk from Athirumala we can see a grand rocky terrain with a mega valley from there a small non-perennial stream passes through.

Morning view of forest from the top

If you have guts to tame the chillness of the water you can have a quick dip and this is the last source of fresh water till the top. There is a place Pongalappara which gives a great breathtaking treat to the eyes, this falls is in Tamil Nadu's part of tiger reserve. From here the trekking difficulty-scale level goes high and the treacherous rocks make the real thrilling rock-to-rock jumping experience.

At 1750m height, the first of three near vertical hilly terrain rope-climb should be done. (Thanks to the forest department for the great quality ropes) with occasional highly careful crawling by overcoming high tempo cloudy chilling wind makes you feel the cloudy heaven.

At 1800m, the second near vertical hilly terrain rope-climb gives great confidence for invading the attacking wind. If you look down, you will be blown away by the creation of the nature's large mountains and valleys.

We can spot five folded Pothigai mountain which is located in Tamil Nadu. The final climb won't be scary even it is more vertical than other two since your brain will be used to tackle that situation at the height of 1850m.

Don't attempt to take a selfie while climbing through rope, if so the wind will blow you for miles. Reaching the top by another careful crawl, you can spot the Agasthyar deity and those who come as pilgrimage offer pooja to the deity. It is surrounded by a thick circle of trees makes the heavy wind impact little.

Climbing down from the top with the help of rope

Climbing down is an another bone-chilling experience through the slippery mountain rocks and tackling high speed foggy wind by holding the rope. After all this reaching again to Pongalappara is ideal for lunch as wind is being partially blocked by huge rocks.

Whatever the food you take along will now tastes like god's nectar as our body badly need fuel to continue. Fast climbers can come down same day to Bonaccord and if you want to enjoy the beautiful creation of nature stay another night at Athirumala base camp. As a precautionary step from wild animals officials won't allow anyone leaving after 1.30pm from camp.

A route with root

The calorie burning and the purest oxygen always takes maximum care of you from getting sick. Food parcels can be bought from canteen for lunch while coming down. Again Vazhapindiyar waterfall will rejuvenate you from muscle cramps, tiredness and makes you coming out of the forest as full fresh. A great thing followed by forest department is keeping dustbins in frequent distances throughout the path to avoid littering.

Comments
Read more about: trekking adventure travel kerala
Other articles published on Mar 14, 2016
We use cookies to ensure that we give you the best experience on our website. This includes cookies from third party social media websites and ad networks. Such third party cookies may track your use on Nativeplanet sites for better rendering. Our partners use cookies to ensure we show you advertising that is relevant to you. If you continue without changing your settings, we'll assume that you are happy to receive all cookies on Nativeplanet website. However, you can change your cookie settings at any time. Learn more
Change Settings Continue