Nativeplanet
»
Travel guide
»Why Chaturbhuj Temple Should Be Your Next Destination

Why Chaturbhuj Temple Should Be Your Next Destination 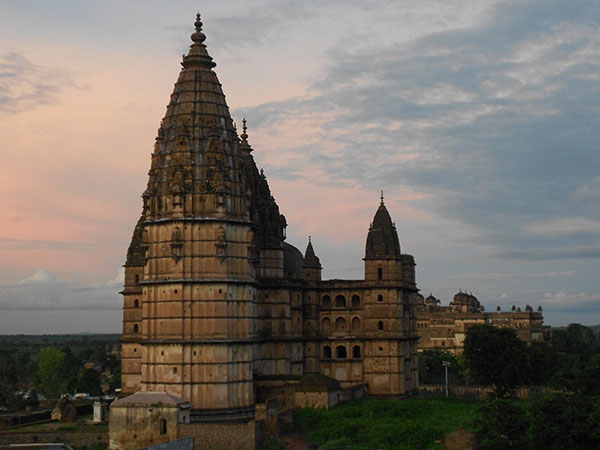 Undoubtedly, each and every state of India is filled with historical and modern gems, which surprise their visitors and commenders every time they witness their greatness. Madhya Pradesh is one such state which is a mine of ancient wonders. From archaeological sites which are thousands of years old to centuries-old beautiful and marvellous monuments, it possesses everything that makes this central state of India one of the marvels in the country.

Located in Madhya Pradesh is Orchha, which was once a major political centre during the Rajput rule but now is a famous tourist spot with thousands of incredible wonders. One such wonder is Chaturbhuj Temple, which definitely has an interesting story to narrate. Would you like to listen to its tales? Well, read on to know more about Chaturbhuj Temple.

Glorious Past Of Chaturbhuj Temple

The temple's formation was commenced by the Rajput king, Madhukar Shah, and was completed by his son, Vir Singh Deo, with its history dating back to the era of the 16th century, when the Rajputs were ruling the Bundelkhand region. The story behind the development of Chaturbhuj Temple is quite interesting.

However, she had to keep the idol in her palace until the work on the temple was completed. When the temple was ready to be inaugurated, the idol of Lord Rama placed inside her palace was unable to be moved for some strange reason and hence, the idol remained in the palace itself. Today, the palace is known as Ram Raja Temple with the same idol still kept inside it.

Chaturbhuj Temple remained without any statue of a lord for several years. Today, the idol of Radha Krishna is worshipped in this legendary temple.

Building Style Of The Temple

Apart from the epic story behind its construction, Chaturbhuj Temple is also a great instance of exemplary architecture. Being a flawless mix of a palace, a temple and a fort, Chaturbhuj Temple is one of the most visited places in Orchha on account of its superlative structure and alluring patterns.

Decorated with lotus symbols and projecting secular patterns, Chaturbhuj Temple is built in the form of a basilica set atop a high platform and is a 105-metre-high, multi-storey building. The features of this awe-inspiring temple include numerous large halls, sky-high towers, winding stairways, stone mouldings and several other astonishing parts. If you have never been to any temple fort, then Chaturbhuj Temple is definitely a place for you.

Places To Visit Around Chaturbhuj Temple

Orchha is a town with numerous historical palaces and temples. Apart from visiting Chaturbhuj Temple, you can also visit Jahangir Mahal, Lakshmi Temple, Ram Raja Temple and several other buildings from the past of Orchha.

The vicinity of Chaturbhuj Temple is filled with the routes leading to the yesteryear of this legendary town, which was once a major princely state of the Hindu Rajputs in the Bundelkhand region. The proud stories of its past still revolve around the town. So, why not pay a visit to this wonderful place filled with exciting aura?

How To Reach Chaturbhuj Temple

By Air: You can take a flight to Khajuraho airport, which is located at an approximate distance of 170 km from Chaturbhuj Temple. From the airport, you can either take a bus or hire a cab to Orchha.

By Road: Chaturbhuj Temple at Orchha is well connected to all major cities and towns by road, hence, it is easily accessible by road.