Nativeplanet
»
Travel guide
»Things One Can Find Only In Northeast India

Things One Can Find Only In Northeast India 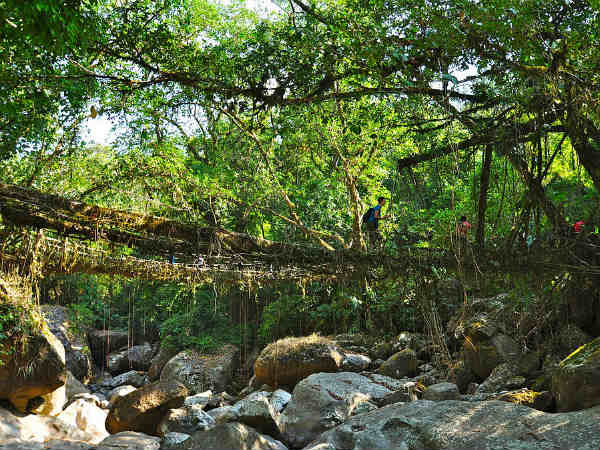 We all agree with the fact that Northeast India is one of the most beautiful and photogenic regions in India. Hence, since the last decade, it has become immensely popular amongst unconventional travellers and local tourists. However, there are still innumerable places in this exotic world which are left to be explored and are certainly capable of leaving you awestruck through their history, background and appeal.

Ever heard of shops without shopkeepers? Yes, you read that right. We are talking about shops in Northeast India where you won't find shopkeepers selling their items, instead, you will find price tags on different items with a deposit box placed nearby.

Once you are done selecting your goods and products, you can pay for them by leaving money in the deposit box. Isn't it strange? Yes, for a world inhabited by thieves and misleaders, the idea of shops without shopkeepers certainly sounds strange. However, for this tiny village located at a distance of about 70 km from Aizawl, it is assuredly normal.

The major thing here which will leave you in splits is that nobody dares to cheat on shopkeepers. Where else in this complex world can you find such an amazing place? We are sure you cannot. So, why not get yourself to this land of trustworthy people this season?

A matriarchal society and India never go hand in hand and it is an obvious fact, considering the male-dominating society we live in. In such a country where a patriarchal society has been flourishing since the advent of time, thinking of such an unconventional idea certainly seems like a dream.

But, here is the Khasi tribe of Meghalaya, which has gone against all odds and has established a matriarchal society where a woman is the head of the family and takes all the decisions. Do you really think you can find such a society founded on the matrilineal principle elsewhere in the country? If your answer is no, then pack your bags now and get yourself to this unusual world to gain certain unusual experiences.

One of the most popular marvels of Northeast India, a living root bridge is something which you can find only in the states of Meghalaya and Nagaland. Built from aerial roots of rubber trees by the local tribes of both the states, admiring living root bridges is certainly an experience which cannot be forgotten.

Wouldn't you love to take a stroll amidst a natural expanse above in the air as you witness beautiful streams flowing on the land? This certainly seems surreal but here Northeast India paints all these dreamy destinations in reality. So, plan a tour of Meghalaya now and witness the magical appearance of nature through its living root bridges.

What would you wish for if somebody takes you to a wish-fulfilling lake? Well, if you think this is not possible, let us tell you that there is a lake called Khecheopalri Lake in the West Sikkim district of Northeast India, which is believed to have been fulfilling wishes of its visitors since its formation.

It is considered as a sacred lake in both Hinduism and Buddhism and hence, it is visited by thousands of pilgrims every year. Another interesting legend related to this place is that the leaves are not allowed to touch the water of the lake and therefore, whenever a leaf gets detached from its tree, it is taken away by nearby birds before it touches the surface of the lake. Isn't it an interesting place? How about visiting this unusual lake and witnessing its magical beauty?

Have you ever seen a red panda, other than those caged within the boundaries of a zoo? If not, then Northeast India is the place where you should be this season. As most of the land of Northeast India is covered with forests, it is home to hundreds of rare and endangered species of animals and plants, which cannot be found elsewhere in the country. These rare species include red panda, one-horned rhino, hoolock gibbons, sangai and golden langurs.